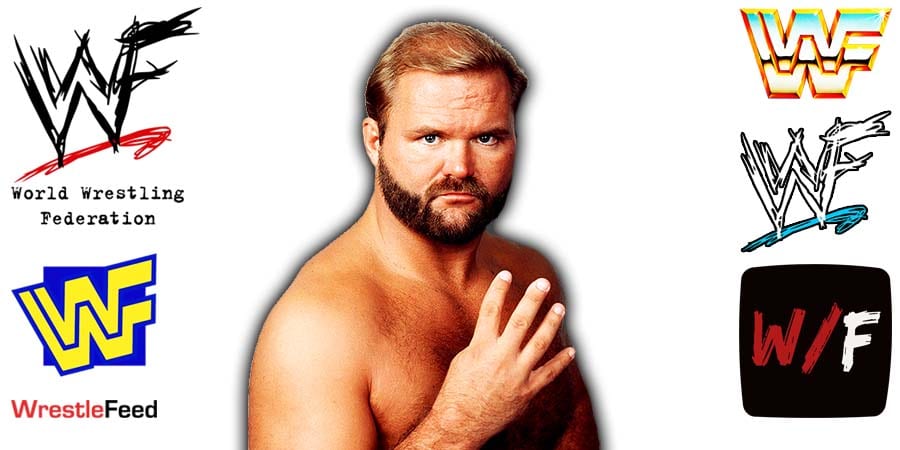 • Arn Anderson Reacts To Being Ignored By WWE In A Poll

WWE posted a poll on their Twitter page, where they asked their fans who had the best spinebuster, with the choosable options being The Rock, Triple H, Ron Simmons, Batista, Drew McIntyre, Robert Roode, Mercedes Martinez (NXT) and Apollo Crews.

The obvious answer would be Arn Anderson, who – and literally every single expert, historian, journalist & dirt sheet writer agrees with that – had THE very best spinebuster in professional wrestling history and even set the standard for how the move is executed.

For many years, announcers would call it “Arn Anderson Spinebuster” whenever Triple H did the move on WWE TV or PPV.

The obvious reason WWE didn’t mention Arn in the poll is that he’s now working for their rival promotion All Elite Wrestling, while all the ones who made the poll are still – at least somehow – affiliated with the company.

As a response to being left off the poll, Arn tweeted, “Huh. Seems like someone’s missing”, and then posted a screenshot of him trending on Twitter as a result.

RAW wrestler Xavier Woods replied in a very diplomatic way (so he wouldn’t get heat with WWE) and tweeted, “I think I land on Simmons/Anderson for this one”, to which Anderson responded, “You’re wise beyond your years young man.”

– The Rock n Roll Express vs. The MOD Squad