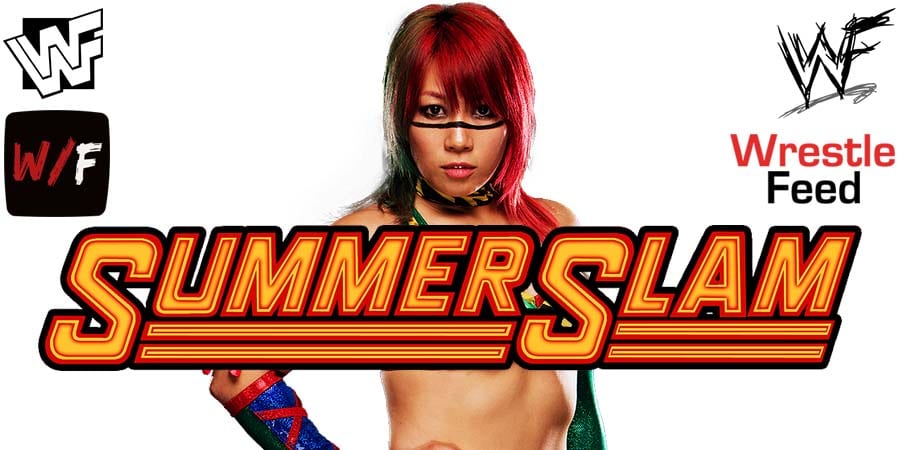 On this day in 2005, we lost Old School WWF Announcer “Lord” Alfred Hayes at the age of 76 after a series of strokes.

Lord Alfred Hayes was considered the voice of the World Wrestling Federation for the 80s & early 90s, hosting popular segments like ‘WWF Update’ and working as a backstage interviewer, commentator and announcer.

In 2018, he was inducted into the WWE Hall of Fame as part of their annual Legacy Wing inductions.

• Asuka Was Originally Set To Face WWE Veteran At SummerSlam 2020

On last night’s RAW, Stephanie McMahon announced a rematch for the RAW Women’s Championship between Asuka and Sasha Banks for next week’s RAW. The status of the Title is up in the air right now, and a Champion will be determined after next week’s match.

As we noted earlier, there were plans for a wrestler to injure Kairi Sane on TV to write her off WWE programming, as her contract is about to expire. That person would then challenge Asuka for the RAW Women’s Championship at SummerSlam.

The Wrestling Observer is reporting that Natalya was originally supposed to injure Sane and face Asuka at SummerSlam, but plans changed after her husband, TJ Wilson, got sick and she was told to stay at home.

“The idea as of yesterday was for Kairi Sane to be injured and the person who injures her — who by TV tonight looks to be Shayna Baszler and Baszler was brought back as a back-up to injure Kairi Sane and it looks like she’s going to be the back-up because Natalya was originally scripted in that role, but she’s been kept off. As far as I know Natalya does not have COVID, but she’s been off for weeks.”

After last night’s RAW, it’s likely that Shayna Baszler will be the one to feud with Asuka heading into SummerSlam.