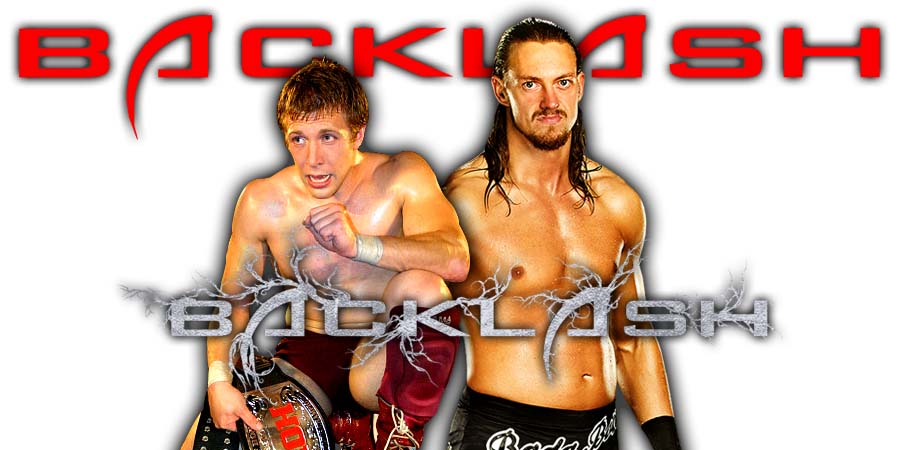 Tonight’s Backlash 2018 PPV (which is a dual branded show) is airing live from the Prudential Center in Newark, New Jersey. Below is the match-card for tonight’s show:

– No DQ Match For The WWE Championship: AJ Styles (c) vs. Shinsuke Nakamura

During the Kickoff Show match, the leader of the Riott Squad, Ruby Riott, knocked off former RAW Women’s Champion Bayley after interference from her stable members during the match. Ruby hit the Riott kick to get the win.

The main show begins with the Intercontinental Championship match between Seth Rollins & The Miz. After good back and forth action, Rollins accidentally hit his knee into the ring post and injured his knee. The Miz takes advantage of this and locks in the Figure 4 Leglock.

Rollins looked in trouble, but soon turned the tables and reversed the Figure 4. The Miz reversed it back, but Rollins managed to get to the bottom rope this time.

Rollins has now kicked out of two Skull Crushing Finales.

Rollins nails a Curb Stomp and gets the win!

Up next is the RAW Women’s Championship match. Alexa Bliss makes her way out first, followed by Nia Jax. Nia is announced at 272 lbs.

The match begins and Alexa attacks Nia’s legs straight away, but Nia catches Alexa by the hair and then destroys her!

Alexa attacks Nia’s leg and puts her down on her knees and nails a kick straight to Nia’s head! Alexa now slaps Nia multiple times and looks to hit her finishing move, but Nia outpowers her and drops her down.

Nia nails a Samoan Drop to get the win!

Up next is the United States Championship match. Former US Champion & 13 time WWE World Heavyweight Champion Randy Orton makes his way out first, followed by the champion himself, Jeff Hardy.

Hardy won the US Title on the Superstar Shakeup edition of RAW by defeating Jinder Mahal in an impromptu match. Hardy defeated Mahal in their rematch at the Greatest Royal Rumble event as well.

After good back & forth action, Hardy nails a Twist of Fate & Swanton Bomb on Orton to get the win!

Elias tries to begin her performance once again, but he gets interrupted by No Way Jose, Titus Worldwide & Breezango.

Elias begins once again, but gets interrupted by Bobby Roode, who lays him out with a Glorious DDT.

Up next is Daniel Bryan vs. Big Cass. Bryan makes his way out first, followed by Big Cass, who’s billed at 287 lbs tonight.

Bryan hits Cass with multiple corner dropkicks, but Cass counters and lays out Bryan. Cass is manhandling Bryan and turns Bryan completely around with a Clothesline!

Cass goes for the Big Boot but misses and Bryan nails a kick to Cass’ head. Bryan locks-in the YES Lock and Cass immediately taps out!

Cass attacks Bryan after the match. Cass lays out Bryan with a Big Boot.