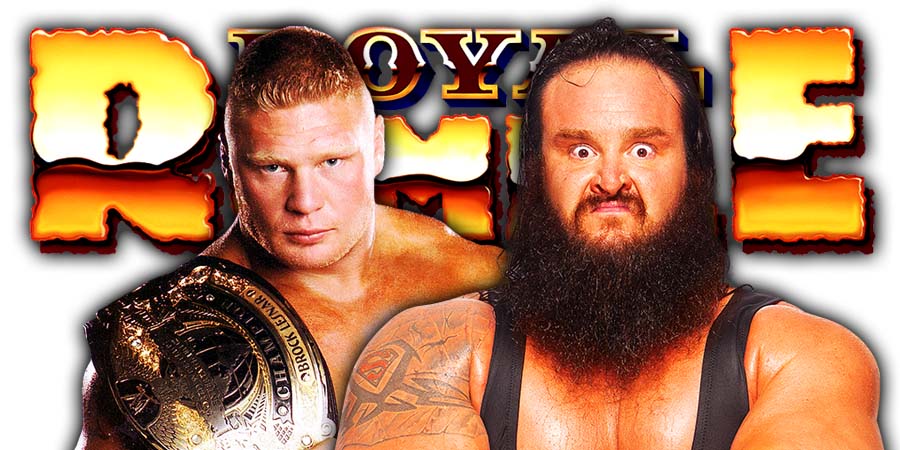 This episode was pre-taped at the West Palm Beach Auditorium in West Palm Beach, Florida and featured matches, promos & storyline segments on the road to the ‘WWF WrestleMania VII’ PPV.

– The British Bulldog vs. Randy Hunter

– The Texas Tornado vs. Kent Carlson

As seen on last week’s episode of RAW, Brock Lesnar vs. Braun Strowman for the Universal Championship was officially called off for Royal Rumble 2019 and was replaced by Finn Balor (after he won a #1 contenders match).

According to the Dirty Sheets, Strowman failed to recover from his elbow surgery within the 4 week timetable that set for his return.

The blame for this was put on Strowman, who overtrained and suffered a significant injury set back despite being given a strict rehabilitation program by physical therapists.

Strowman was 50-50 for the Royal Rumble Title match at that point. Vince eventually decided to pull the plug and cancel this match after Strowman forgot his lines during his promo segment with Lesnar.

We’ll keep you updated regarding future plans for Strowman after this.