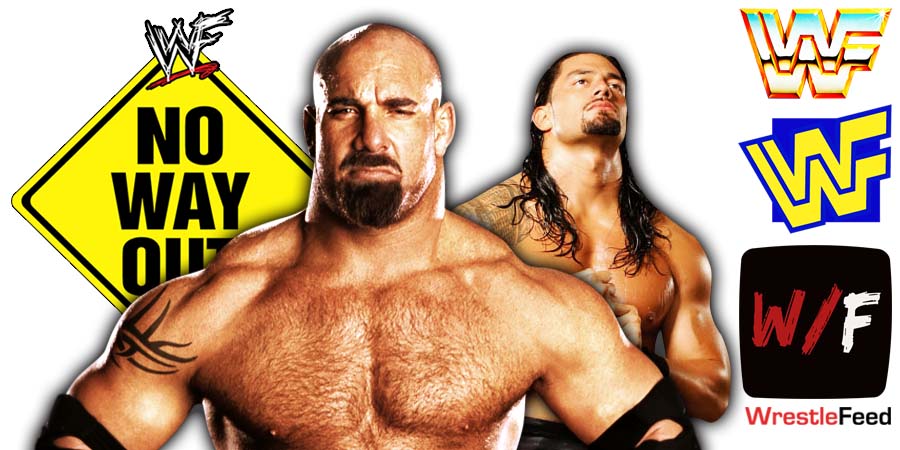 WWE Hall Of Famer Goldberg returned on last week’s SmackDown and challenged Roman Reigns to a Universal Championship match at Elimination Chamber 2022, which will take place on February 19.

Goldberg isn’t scheduled for any WWE show after Elimination Chamber.

He will appear on tonight’s live episode of SmackDown. WWE will also tape next Friday’s episode after tonight’s SmackDown, as the WWE crew will be in Saudi Arabia next Friday for Saturday’s Elimination Chamber event, so Goldberg might get filmed for next week’s SmackDown too.

Only one match is left in Goldberg’s current WWE contract, which will happen on February 19.

After his contract expires, Goldberg is planning to have a shoulder surgery.

Also Read: “Roman Reigns actually wants to steal it from me” – Goldberg On Passing The Torch