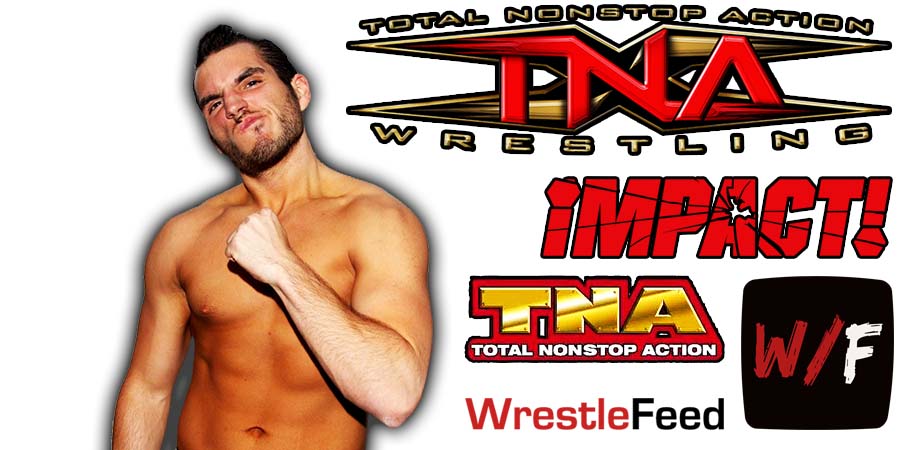 Former NXT Champion Johnny Gargano’s contract with WWE expired in December 2021 and he didn’t sign a new one.

He left the company and is currently on a hiatus from pro-wrestling.

On last night’s episode of IMPACT Wrestling, Gargano appeared via a pre-taped video, where he praised Alex Shelley ahead of Shelley’s IMPACT World Title match against Josh Alexander at ‘Emergence’ on August 12.

According to Fightful Select, Gargano isn’t in talks with IMPACT and this was just a one-off appearance as a “favor by a friend”.

It looks like Gargano is going to remain on his hiatus at least till February 2023.

Below is what Gargano said about his return to wrestling on the Good Karma Wrestling podcast:

“I had this guaranteed contract with WWE I could take for a lot of money, and I could come back and I could keep doing what I’m doing.

I just knew that with the baby on the way, I didn’t want to have anyone else being in control of my time, because I’m really only getting one shot at this.

Me and Candice only plan on having one kid, so I want to be there and try to experience everything I can with Quill for his first year before I do anything else.”