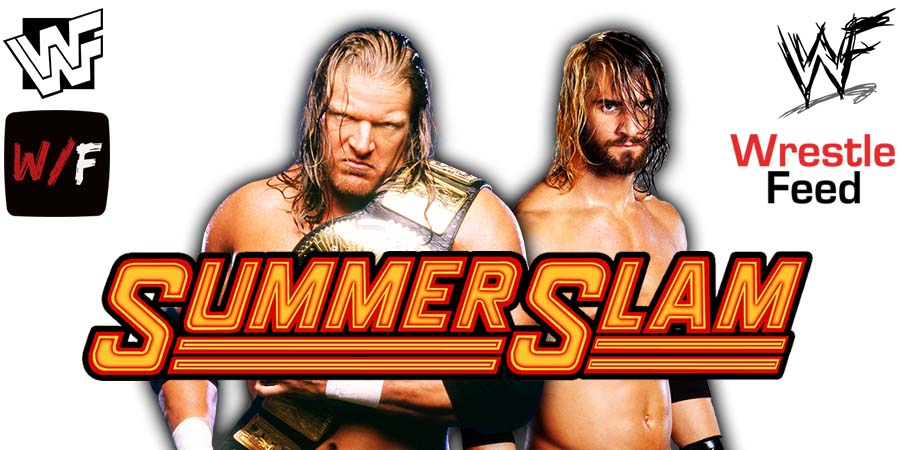 WWE then released the following update:

Triple H & Rollins have a long history. In 2014, Rollins joined forces with The Game in The Authority. HHH then turned on Rollins in 2016, which led to a match at WrestleMania 33 in 2017, where Rollins beat The King Of Kings.

On this day in 1991, the World Wrestling Federation held a LIVE Event at the Worcester Centrum in Worcester, Massachusetts.

This show included matches & segments that were taped for episodes of ‘WWF Superstars’, ‘WWF Prime Time Wrestling’ and the ‘WWF Summer Slam Spectacular’ special, as well as Home Video exclusive content including a rare WWF World Title defense from Hulk Hogan against The Undertaker.

With that being said, WWE has released this first-ever match between Hulk Hogan and The Undertaker, which took place about 4 months before their WWF World Title match at Survivor Series 1991, where The Undertaker would become the youngest WWF Champion at that time.

You can watch this never seen before match below, and find out yourself who won that match: