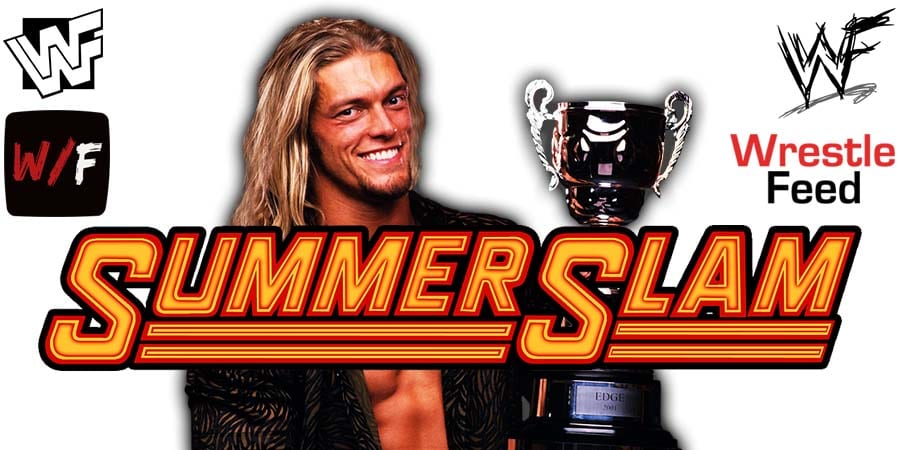 As we have reported before, WWE Hall Of Famer Edge will have a match at SummerSlam 2021 on August 21st.

While Edge’s SummerSlam opponent is not known yet, Jon Alba is reporting that Edge will be a part of a SmackDown brand match at the PPV and he will work as a babyface (which most likely means he’ll be facing a heel opponent).

There were rumors that Edge might feud with Reigns once again when he returns, and have his singles match with him (which was the original plan for WrestleMania 37), but it looks like that won’t be the case as WWE is planning Roman Reigns vs. John Cena at SummerSlam 2021.

On this day in 2018, we lost Old School WCW/WWF Legend Big Van Vader (Real name: Leon White) at the age of 63 due to heart failure after pneumonia.

Him being inducted into the WWE Hall of Fame is only a matter of “when” and not “if”, but unfortunately WWE failed to induct Vader while he was still alive.