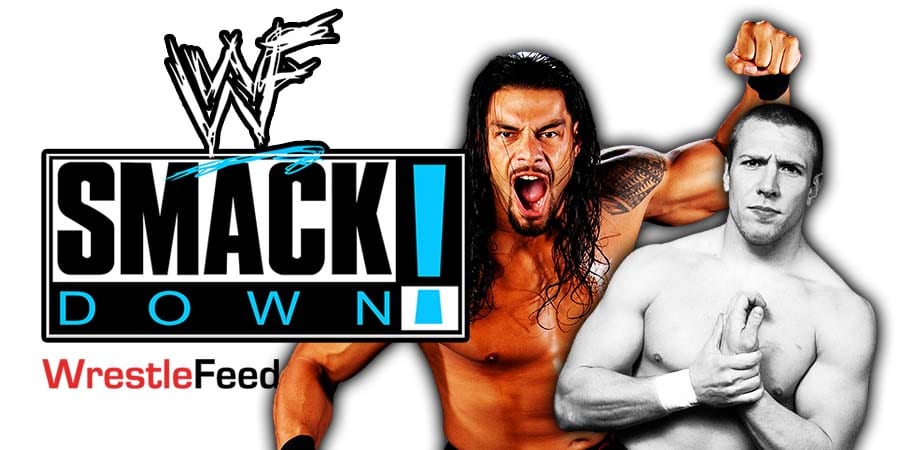 He then went on to defeat Daniel Bryan in the main event to retain his Title and end Bryan’s career on the blue brand. He even delivered a con-chair-to to Bryan after the match.

You can hear his new theme song below:

According to Fightful Select, WWE began working on Reigns’ new theme song for his heel turn shortly after he returned at SummerSlam 2020.

In the weeks leading up to his match with Jey Uso at Clash Of Champions 2020, Reigns confirmed that he will get a new theme song, but the time will have to be right for it to debut.

WWE worked on this new theme song for at least 6 months.

One thing that should be noted here is that WWE is trying to get rid of as many Jim Johnston & CFO$ music tracks as they can, and that’s why a lot of wrestlers are getting new theme songs.

• On This Day In Pro Wrestling History (May 1, 2003) – The First Lady Of Wrestling Passed Away

On this day in 2003, we lost Old School World Wrestling Federation Legend Miss Elizabeth (Real name: Elizabeth Hulette) at the young age of 42.

Liz became famous during her WWF run from 1985 to 1992, where she managed her then husband “The Macho Man” Randy Savage.

She died from mixing pain killers & cocaine with alcohol. While her then boyfriend, Lex Luger, was the worst possible partner & role model to her, he did in fact NOT – as falsely claimed all over the internet – kill her. It was her choice to follow him and mix those substances.