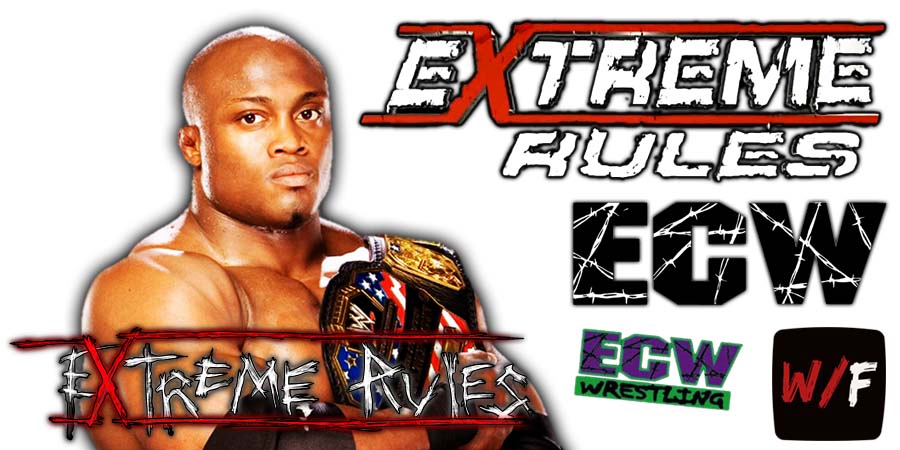 • Backstage News On The Match-Card For Extreme Rules 2022

WWE has announced the following matches for next month’s Extreme Rules 2022 premium live event so far:

Xero News provided the following backstage update on this match-card:

“Extreme Rules will be 6/7 Matches. No Tag Team Title Defense or Intercontinental Title defense. WWE is still looking into a possible US Title match. But no plans at the moment for one.”

Also, WWE wants either Edge vs. Finn Balor or Bianca Belair vs. Bayley as the main event of Extreme Rules.

On this day in 1991, the World Wrestling Federation aired an episode of their weekly TV show ‘WWF Maple Leaf Wrestling’.

This is basically the Canadian version of ‘WWF Superstars’, but what made this version of the show special, is they had exclusive ‘Event Centre’ interviews with Raymond Rougeau that did not air in the United States.

– Bret Hart vs. the Brooklyn Brawler