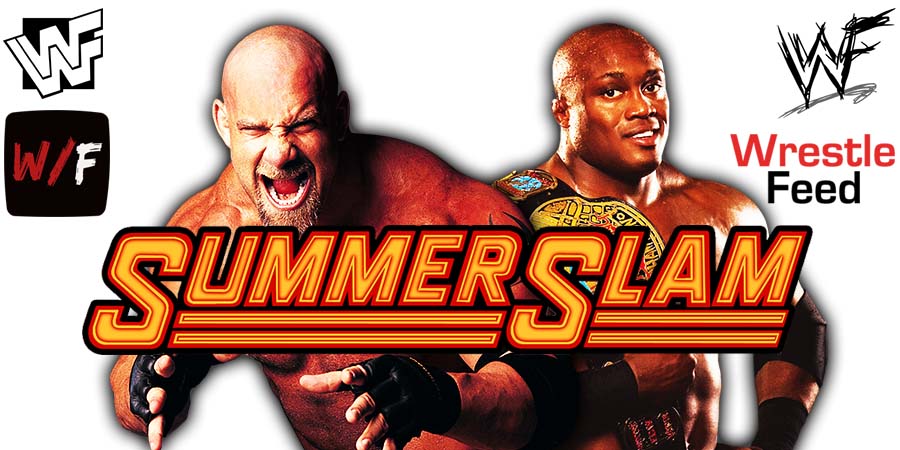 • Backstage News On What’s Next For Goldberg

Goldberg lost the match because he suffered a leg injury (storyline injury, not real) and couldn’t stand on his feet to continue the match.

Lashley attacked Goldberg with a Steel Chair after the match. This led to Goldberg’s son Gage jumping on Lashley, as he tried to save his father.

However, Lashley took out the 15-year-old boy with the Hurt Lock. After this, MVP said Lashley didn’t know it was Gage.

Goldberg then checked on his son and shouted “I’m gonna kill you!” at Lashley.

We are being told that WWE Officials are discussing a rematch between Lashley & Goldberg at the WWE Crown Jewel 2021 pay-per-view in Saudi Arabia in October.

After tonight, Goldberg’s two matches for 2021 (as per his deal) are done, so WWE will either use one of his 2022 matches in October, or just pay him for an extra match, which wouldn’t be a problem since WWE makes a lot of money from the Saudi Arabia PPVs.

This episode featured pre-taped matches & storyline segments on the road to the “WCW Fall Brawl 1993” PPV.