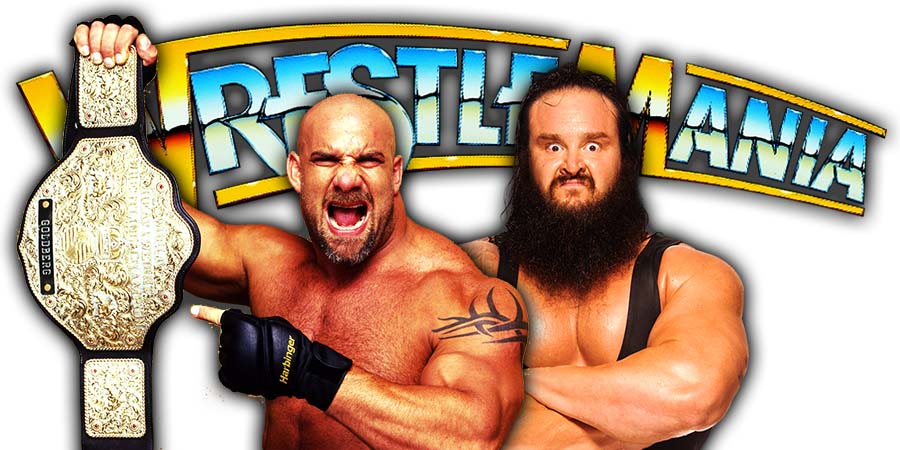 There are some rumors going on that Braun Strowman, who’s scheduled to replace Roman Reigns in the Universal Championship match at WrestleMania 36, defeated Goldberg to become the new champion.

Also, there’s a picture making rounds on Social Media where Sasha Banks is posing with the SmackDown Women’s Championship, indicating that she won it at WrestleMania 36.

This resulted in some fans being annoyed that WrestleMania 36 outcomes got spoiled for them.

It should be noted that while the above two scenarios could end up being true, they are just random rumors started by fans online for no reason.

As we have noted before, WWE taped two finishes for each match to ensure the results don’t get leaked.

The correct finish will be chosen and put in the final WrestleMania 36 broadcast and it won’t be get leaked from there as only the top officials will know the results.

Also, WWE’s editing team will make sure nothing gets leaked from that point on, otherwise they’ll get in trouble.

Also Read: The Undertaker Reportedly Thanked AJ Styles For Not “Phoning It In” During WrestleMania 36 Taping, WWE’s Plan For Their Boneyard Match Revealed