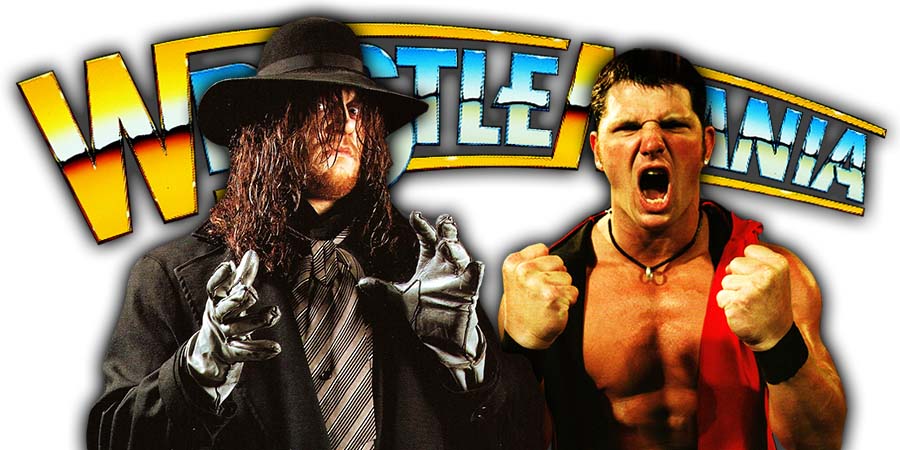 • The Undertaker Reportedly Thanked AJ Styles For Not “Phoning It In” During WrestleMania 36 Taping, WWE’s Plan For Their Boneyard Match Revealed

According to Slice Wrestling, WWE initially wanted to do The Undertaker and AJ Styles’ WrestleMania 36 Boneyard Match at a local cemetery, but they couldn’t get Florida state officials’ approval for it.

This led to WWE creating a mock cemetery at the Performance Center and the match got filmed over there last week.

WWE’s production team did their best to come up with a realistic scene for this Boneyard match at the mock cemetery that they created.

Taker & Styles reportedly put on a solid match. Both men were praised by WWE officials for their performance and Taker thanked Styles for giving his 100% in this situation and not “phoning it in”.

Both men wanted their match to be in front of a live audience, but were grateful that they finally got to work together.

Undertaker is maintaining his great shape and has begun discussing plans for his future.

Also Read: Roman Reigns Reacts To Being Called A Coward For Pulling Out Of WrestleMania 36 Match

WATCH: The Undertaker Having Fun With His Daughter (Part 1):