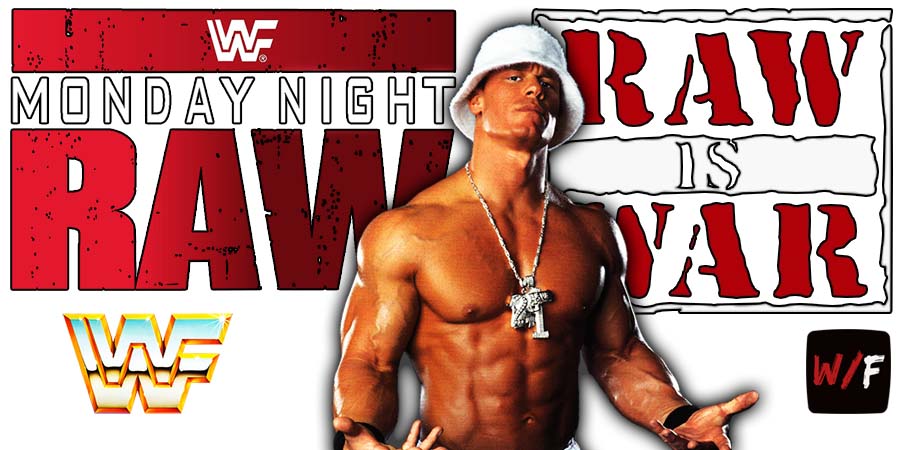 On last night’s June 27, 2022 episode of RAW, Cena made his return to WWE programming to celebrate his 20th anniversary.

The WWE Locker Room was on the entrance ramp, showing their appreciation & respect as the 16-time WWE World Heavyweight Champion made his way to the ring.

Theory insulted Cena by saying that the fans should be celebrating him instead. He then tried to take a selfie with Cena, but Cena walked away.

WrestleVotes reported the following regarding the backstage reaction to John Cena returning to WWE:

“Aside from the obvious business boost, I’m told the return of John Cena is as exciting for the locker room as it is for the fans.

Cena is viewed as the ultimate leader, with his positive presence felt throughout the company when he’s around.”