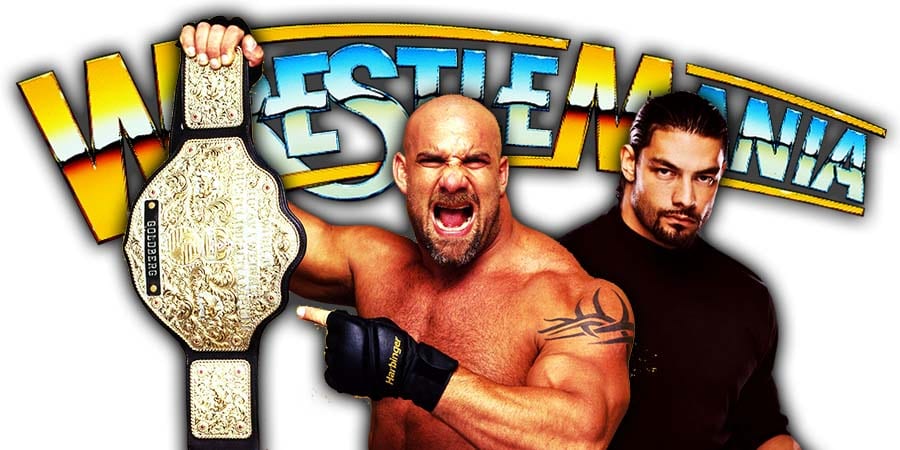 • Backstage Reaction To Roman Reigns Pulling Out Of WrestleMania 36 Match

“The Big Dog” Roman Reigns will not face WWE Hall Of Famer Goldberg for the Universal Championship at WrestleMania 36 because he’s concerned for his health (as The Miz showed up sick at the WWE Performance Center during WrestleMania 36 tapings).

Fightful gave the following update on the backstage reaction to Reigns pulling out of his big match:

“In speaking with several staff and wrestlers about Roman Reigns backing out of WrestleMania, most had limited knowledge of the situation.

Unanimously among those we spoke with, the roster spoke positively of Reigns and supported his call to not perform.

Beyond that, we’re told several had inquired about filming their matches and segments much earlier, but were told last week the schedule was set.”

Reigns being pulled from his match against Goldberg wasn’t made official on this week’s SmackDown, so expect it to be announced on next Friday’s SmackDown as WWE has already filmed Goldberg vs. Braun Strowman for WrestleMania 36.

Also Read: Backstage Heat On The Miz For Showing Up Sick At The WWE Performance Center