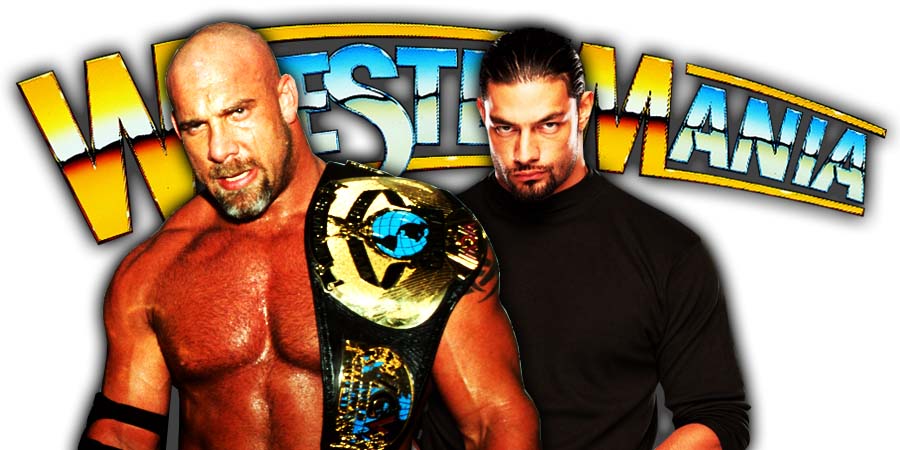 During his last 2 years in the WWF (1984 & 1985) he was mainly used as a “Jobber To The Stars” to put over big names like Don Muraco, Bob Orton Jr., Randy Savage, Adrian Adonis, King Kong Bundy, Bret Hart and Jesse Ventura, but also gained a few wins in between over wrestlers like Steve Lombardi, Charlie Fulton and Rene Goulet.

As we all know by now, “The Big Dog” Roman Reigns was pulled out of his WrestleMania 36 match against Goldberg.

Reigns didn’t feel comfortable working shows at the Performance Center because he’s immunocompromised from his battle with leukemia and didn’t want to take any risk regarding his health.

According to the Wrestling Observer, Reigns actually arrived at the WWE Performance Center to get his match against Goldberg filmed (WrestleMania 36 was taped this week), but he pulled out of the match after he found that The Miz was sick:

“It was interesting because he was there and he made the call and it had to do in some form with Miz being sick and The Usos not being happy about it. I don’t know much else, but that’s all I was told.

You know it’s a weird story because if you followed it because basic logic was that he should have stayed home. Everyone’s got a risk, but his risk was high — his reward was high too, but his risk was really high too. For a guy who already has enough money to live the rest of his life and take care of his kids…it was his decision, but that decision shouldn’t have been put on him.”