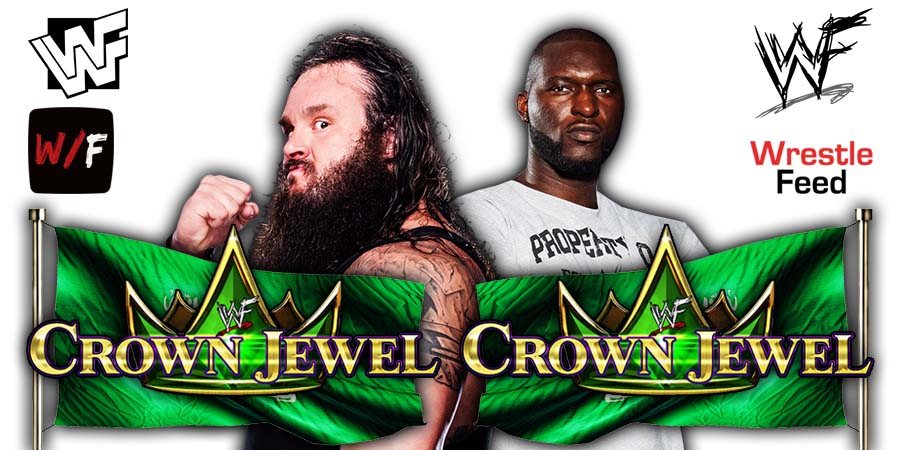 At 7-foot-3 and 416 lbs, Omos is the tallest and the heaviest wrestler in WWE today.

Many fans have criticized Omos’ in-ring ability due to his size, but he put up a good performance at Crown Jewel 2022.

At the latest Saudi Arabia premium live event, Omos faced Braun Strowman and lost after being hit with a Running Powerslam.

According to PWInsider, WWE Officials were impressed by Omos’ performance in this match and are happy with the progress that he has made in the ring:

“Several WWE officials praised Omos’ work and of late, feeling is that he is making good progress.”

• On This Day In Pro Wrestling History (November 7, 1985) – WWF The Wrestling Classic

On this day in Old School Pro Wrestling history on November 7, 1985, the WWF aired ‘The Wrestling Classic’ LIVE on PPV from The Rosemont Horizon in Chicago, Illinois.

This pay-per-view is remembered for 2 major things, the long anticipated one-on-one match for the WWF World Heavyweight Title between Champion Hulk Hogan and his archnemesis “Rowdy” Roddy Piper, as well as a 16 man elimination tournament.

On a side note, fans were able to win a Rolls-Royce in a separate contest during the PPV.