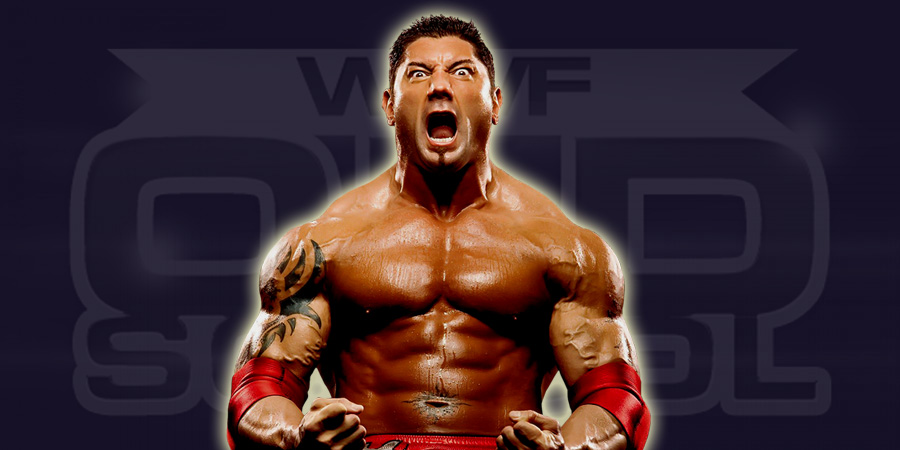 During a recent interview with LatinPost, former 6 time WWE World Champion Batista talks about the latest James Bond movie in which he’s involved, Guardians of Galaxy, wrestling in WWE, and more.

On the most fascinating thing about playing the Mr. Hinx role in 007: Spectre:
“I think the cool thing is that he was going to be categorized as a henchman. And my fear was always that I didn’t like being cast as a muscle head. So two questions I asked Sam at that meeting was if Hinx was a bada**. Then I asked if he was intelligent and he said “Absolutely.” Those were my two concerns because I didn’t wanted to be categorized as a subservient henchman. I wanted to be a man on a mission doing his own thing. And that’s what Mr. Hinx is.”

On the most exciting thing about being in films like Guardians of the Galaxy and 007: Spectre:
“I don’t think that I find anything particularly fascinating. For me it’s about the characters. I take jobs based on characters. I noticed that conditions are better on bigger budget films, but I don’t mind roughing it once in a while if the quality of the material is there. I can get used to some disorganized stuff. I was with WWE and everything was always disorganized there.”

On whether or not transitioning from WWE to Hollywod was tough:
“It was actually really rough. It didn’t seem to start rolling until Guardians was released. The first film I ever did, I was with WWE and it was a favor to a friend. When I did it, I realized I was a horrible actor. It pissed me off because I left feeling embarrassed. It made me want to prove myself and get better so I could get a second chance. And there you go.”