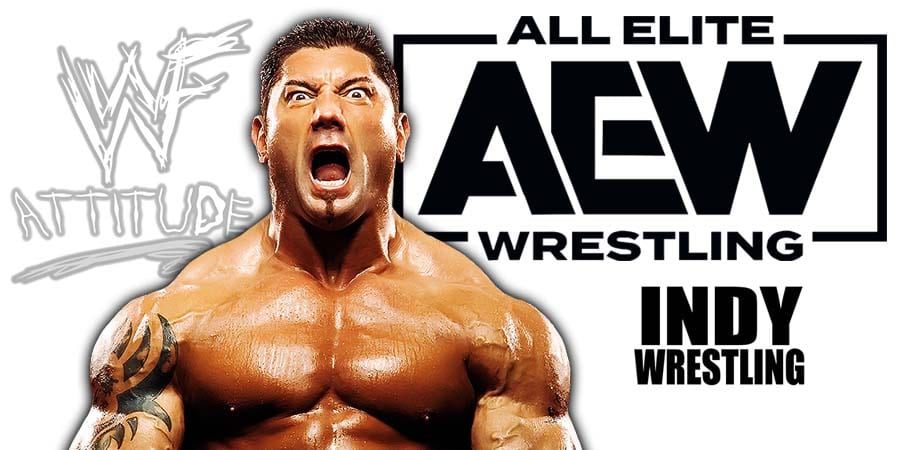 – The Boss vs. Rip Rogers

As we noted before, ProWrestlingSheet reported that All Elite Wrestling is interested in Batista and have made an offer to “The Animal”.

It was also noted that Batista is entertaining AEW’s offer and is deciding between WWE & AEW.

Below is what Jericho posted about meeting Batista: