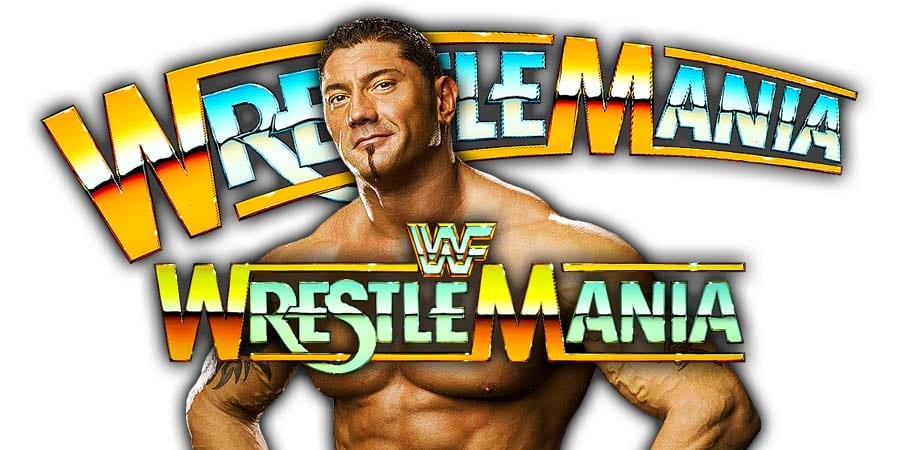 Some fans are wondering about Batista’s status for this event, and PWInsider reported the following:

“He’s in Australia filming the new Thor film and he’s retired. I don’t see that happening, not as a big part of Mania.”

Batista was announced for the WWE Hall Of Fame Class Of 2020 last year, but last year’s Hall of Fame ceremony didn’t take place due to the COVID-19 pandemic.

There were some rumors earlier this year that WWE will induct last year’s Hall of Fame class this year during the WrestleMania 37 weekend, through a virtual ceremony, but there’s no official update on it from WWE.

The Hall of Fame class appears at WrestleMania as well, but circumstances are different this time.

Also Read: “That would be super, super, super selfish of me” – John Cena On Why He Won’t Appear At WrestleMania 37

This episode was pre-taped at the Municipal Auditorium in Columbus, Georgia and featured matches, interviews & storyline segments on the road to the ‘WCW SuperBrawl III’ PPV.