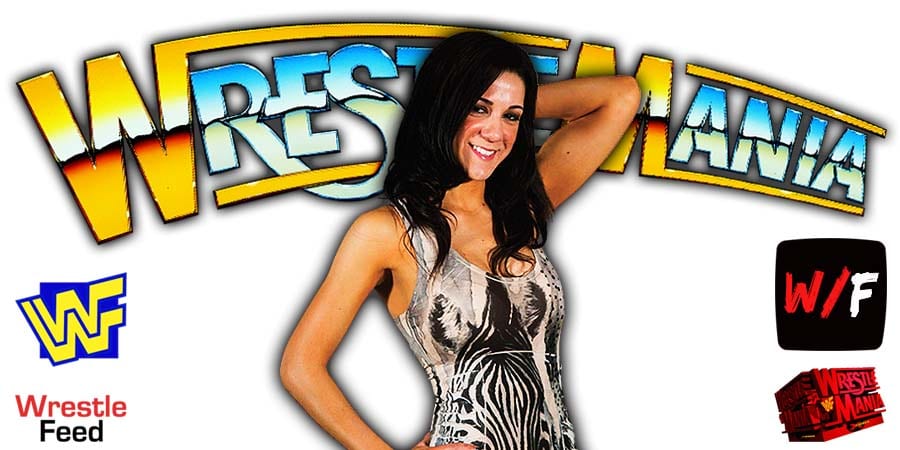 Heading into WrestleMania 37 last month, former SmackDown Women’s Champion Bayley wasn’t booked for a match at the Show of Shows and former Women’s Champion Becky Lynch was teasing a return on Social Media as well.

This began speculation that we might get an impromptu Becky Lynch vs. Bayley match at WrestleMania 37, or at least a segment between them.

Becky didn’t return. Instead, Bayley ended up getting beat up WWE Hall Of Famers The Bella Twins in a short segment on the entrance stage.

During a recent interview with SK Wrestling, Bayley had the following to say about the Becky Lynch rumors:

Also Read: Bayley Calls Out WWE Hall Of Famers For Embarrassing Her

After 5 NBA championships, Dennis Rodman became a very famous Basketball Legend, who also played lead roles in several movies and dated some famous women, such as Madonna and Carmen Electra.

During his infamous NBA suspension, as well as during various off-seasons, The Worm often showed up in Ted Turner’s World Championship Wrestling between 1995 and 1999, and even wrestled quite a few professional wrestling matches for the promotion in those years.

He would certainly deserve to be inducted into the Celebrity Wing of the WWE Hall of Fame (considering other Celebrities who did a lot less are in there), but due to his controversial friendship with North Korean dictator Kim Jong-un, that might not happen any time soon.