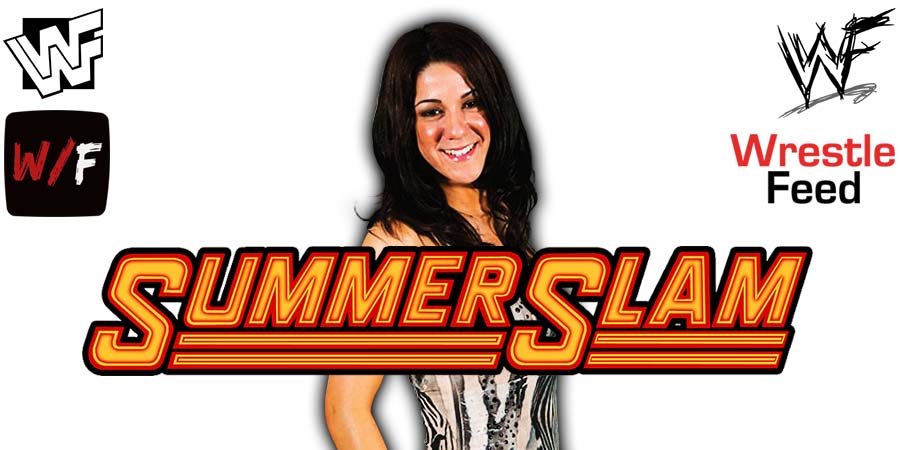 • Bayley Reveals The Name Of Her New WWE Stable

They confirmed it on their website while talking about this post-match angle:

“Bayley brought Dakota Kai and IYO SKY along with her, leaving the WWE Universe stunned. The three made their way into the ring, but as Bayley berated Belair, Lynch stepped in to back up her former rival. The WWE Universe erupted in anticipation of a brawl, but Bayley, Kai, and SKY chose to retreat.”

Bayley hinted on Twitter that the name of her stable is “CONTROL”. Below is what she tweeted:

“This is a story about control

Control of what I say

Control of what I do

And this time, I’m gonna do it my way

I hope you enjoy this as much as I do

‘Cause it’s all about control

And I’ve got lots of it” – @JanetJackson”

Bianca had the following to say about Bayley in a backstage interview:

“Listen, understand that I’m kind of at the forefront of a new generation of women in WWE. So if these women want to come through, Bayley, Io, Dakota, well let’s bring it, then. I got Becky Lynch on my side now, let’s see what happens.”