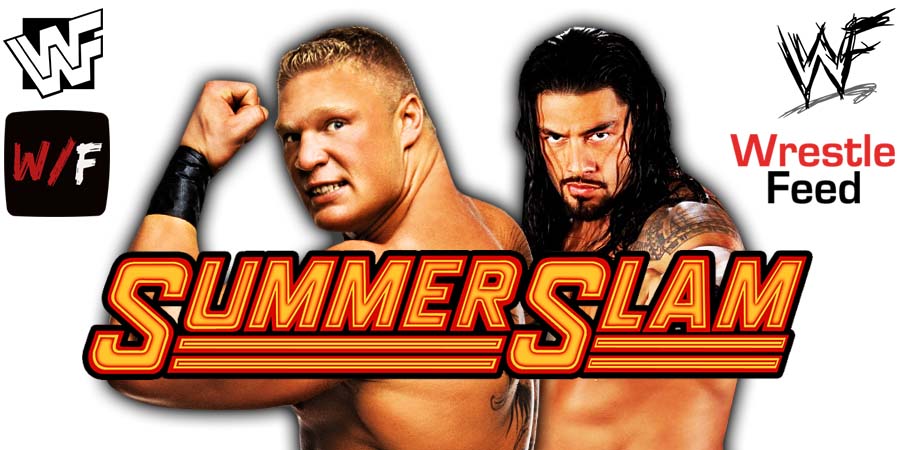 This match received huge praise on social media, as fans witnessed something that has never happened before – the ring being lifted from one side during a match!

“Thank You Triple H” was trending on Twitter because the whole show delivered.

With his win, The Tribal Chief has now set 2 major records:

1. He has completed 700 days as champion. He is the longest reigning World Champion of the last 35 years.

Only 4 men in WWF/E history have held a World Title longer than him:

2. He has become the only man to defeat Brock Lesnar 4 times in a row. Below are his 4 back-to-back wins over The Beast:

This episode was broadcasted from the Izod Center in East Rutherford, New Jersey and featured matches & storyline segments on the road to the ‘WWE SummerSlam 2006’ PPV.