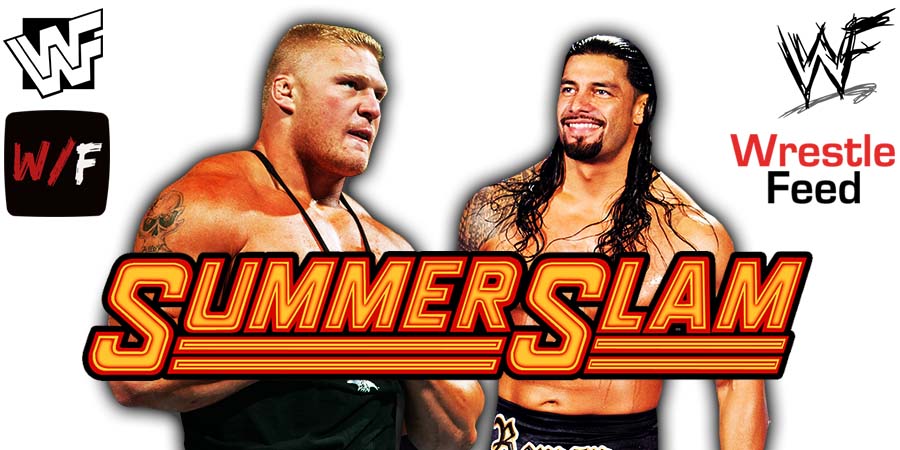 Last night’s WWE SummerSlam 2022 premium live event satisfied a lot of fans and new Head Of Creative Triple H is getting the credit for it.

Below are some interesting stats from this event:

– Last night’s main event was the 1st time ever that a Last Man Standing match took place at a SummerSlam event.

– This was Lesnar’s 1st ever Last Man Standing match.

– Roman Reigns has now completed 700 days as the #1 champion in WWE.

– Liv Morgan has become the 1st woman to pin Ronda Rousey more than once in WWE.

– Kane announced that 48,449 fans were in attendance for SummerSlam 2022. However, the Wrestling Observer claims that the real attendance was around 38,000.

– This event marked the 1st time ever that a SummerSlam event didn’t take place in August.

Johnny Ace worked for several promotions during the 80s & 90s, but most famously wrestled for Jim Crockett Promotions and All Japan Pro Wrestling.

Most Old School Wrestling fans remember him as the flagbearer for The Sheepherders (later known as The Bushwhackers) and teaming with Shane Douglas as “The Dynamic Dudes”.

John is the brother of Road Warrior Animal (The Legion of Doom) & Fury (The Wrecking Crew), as well as the step-father of The Bella Twins, Nikki & Brie.