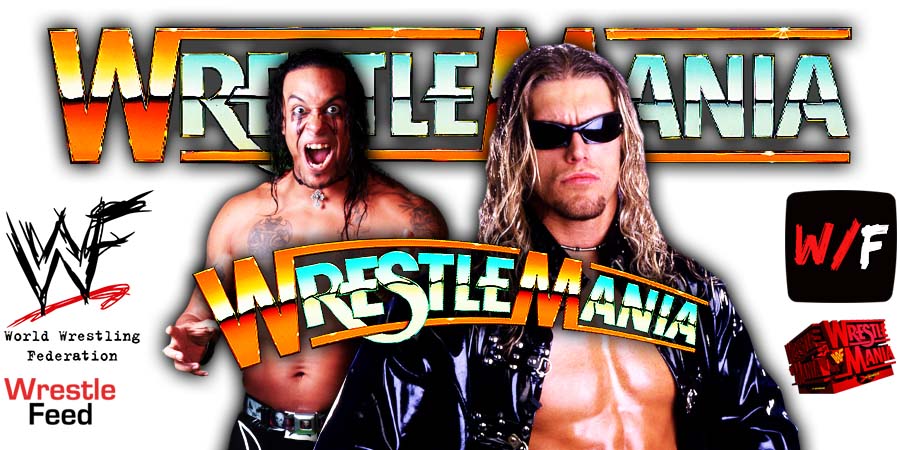 • “Beating Edge at WrestleMania 38 seems right up there” – RAW Wrestler

On this week’s episode of RAW, WWE Hall Of Famer Edge laid out an open challenge for WrestleMania 38.

He wants someone to step up to him at the grandest stage of them all and he’ll make sure his opponent ‘lives forever’.

On WWE’s The Bump, RAW’s United States Champion Damian Priest expressed his desire to face The Rated-R Superstar at the Show Of Shows:

“Live forever. That’s been like my mantra. I want my name to live forever and I am honestly more than willing to do whatever it takes to achieve it.

Beating Edge at WrestleMania seems right up there. I mean it when I say I want to face him. I have said that for the longest time.

Edge has mentored me and become a friend. But we know in this business, this is not a team sport. This is an individual business.

So as much as I love Edge, respect him, I’d love to square off with him in the ring and prove what I can do.”

Priest is scheduled to defend the US Title against Finn Balor on next week’s RAW. He recently defeated AJ Styles to retain the Title.

Also Read: “I desperately want to get that match” – Top WWE Star On Facing Edge

This episode was pre-taped in West Palm Beach, Florida and featured matches & storyline segments on the road to the ‘WWF WrestleMania XI’ PPV.