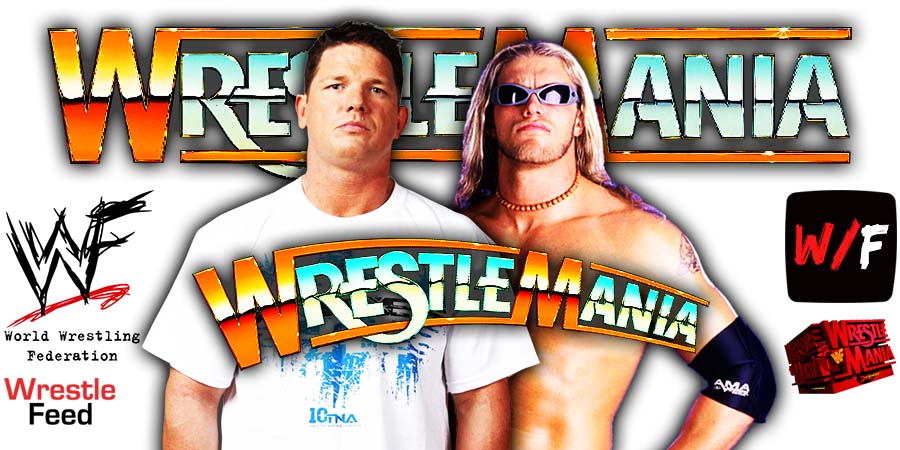 During an interview with Ariel Helwani, former WWE Champion AJ Styles stated once again that he really wants to face WWE Hall Of Famer Edge.

On wanting to work with Edge:

“He’s so knowledgeable. He’s such a superstar. I would love to get the opportunity to get in the ring with him. There was that time when I thought there would never be an opportunity to wrestle him, and now, it’s here.

On if he has talked to Edge about wrestling him:

“Yes. The feeling is mutual. We just have to make it happen.”

It was broadcasted from the Nashville Arena in Nashville, Tennessee and featured matches, interviews & storyline segments on the road to the ‘WWF WrestleMania 13’ PPV.

3. The Headbangers vs. The Hardy Boyz