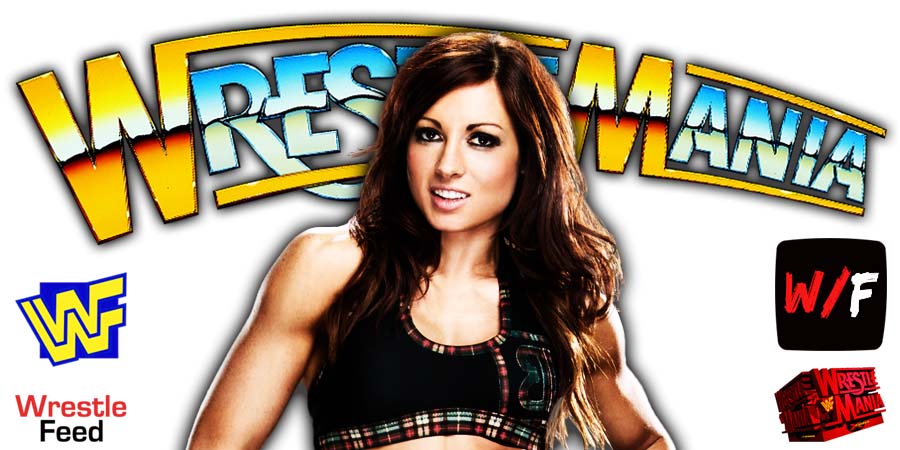 • Becky Lynch Reveals An Interesting Note About Her WrestleMania 38 Match

Becky will now defend her Title against Bianca at the Show of Shows.

This match will be a WrestleMania battle between the winners of the two women’s WrestleMania main events so far.

Below is what Becky tweeted about it:

“Last year, I walked in wrESTleMania as a rookie, and walked out as the Main Event Champion! I’m ready to run it back! May the bEST woman win.”

In the main event of WrestleMania 35, Becky defeated Ronda Rousey and Charlotte Flair in a Triple Threat Match to win the RAW & SmackDown Women’s Championship.

– The Ultimate Warrior vs. Stevie Sharkie