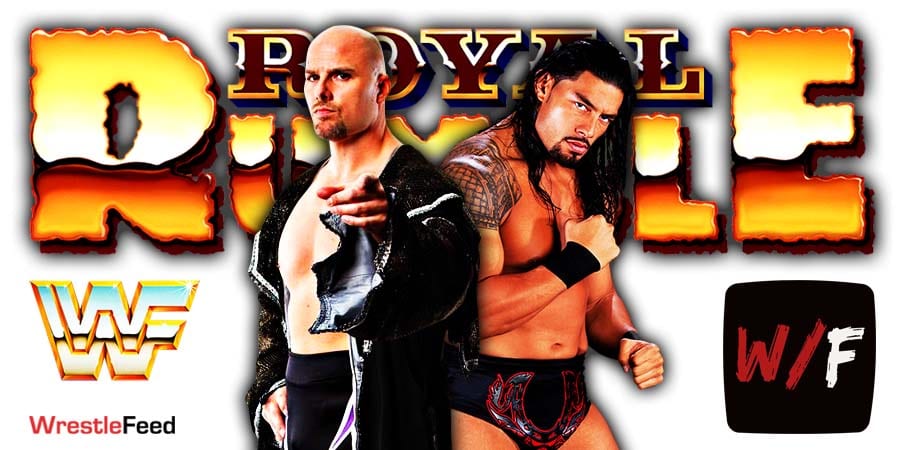 In this week’s edition of the Wrestling Observer Newsletter, Dave Meltzer reported that there’s a good possibility that Pearce gets replaced in the match against Reigns at Royal Rumble.

Kevin Owens or Shinsuke Nakamura will likely be the one to replace Pearce at the show.

“The only bouts official are McIntyre vs. Goldberg for the WWE Title and they’ve announced Reigns vs. Adam Pearce for the Universal Title. I don’t know this, but can’t imagine this doesn’t end up as either Owens or Nakamura.”

Reigns and Uso took out Owens on the New Year’s episode of SmackDown, while they cost Nakamura the opportunity for a Universal Championship match last week.

Later on, everyone knew him as the father of the #1 actor in Hollywood, fellow WWF Legend “The Rock” Dwayne Johnson.

It was also The Rock, who inducted his dad into the WWE Hall of Fame in 2008.