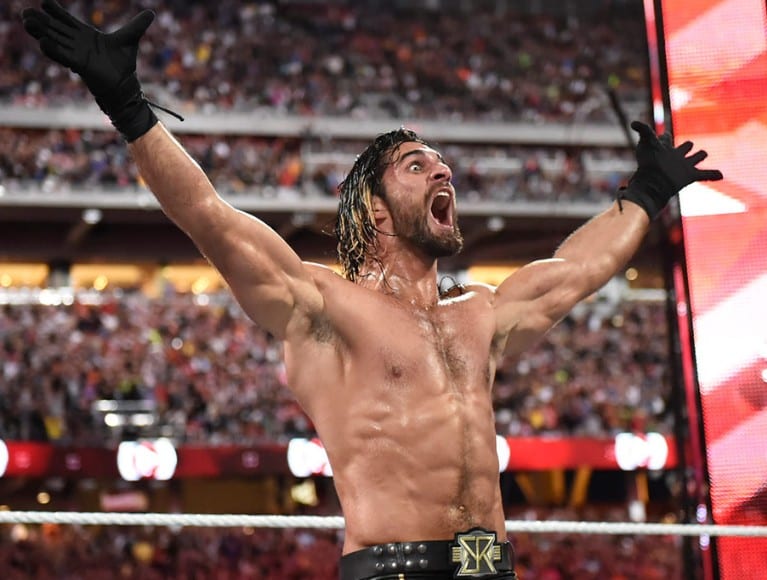 Seth Rollins after winning at WrestleMania 31

At Extreme Rules 2015, Seth Rollins will defend his newly won WWE World Heavyweight Championship against Randy Orton. Also, Dean Ambrose might be squaring off against Luke Harper in some kind of a hardcore match. WWE officials have been thinking about restarting the feud between the former Shield members, Dean Ambrose & Seth Rollins, this time for the WWE World Heavyweight Championship. Rollins and Ambrose feuded for almost 4 months in 2014 when Rollins turned his back on the Shield and joined the Authority. Their feud came to an abrupt end during their Hell in a Cell match when Bray Wyatt interfered and started a feud with Ambrose. So if Ambrose interferes in Rollins’ match at Extreme Rules 2015, then get ready for some great matches between the two!