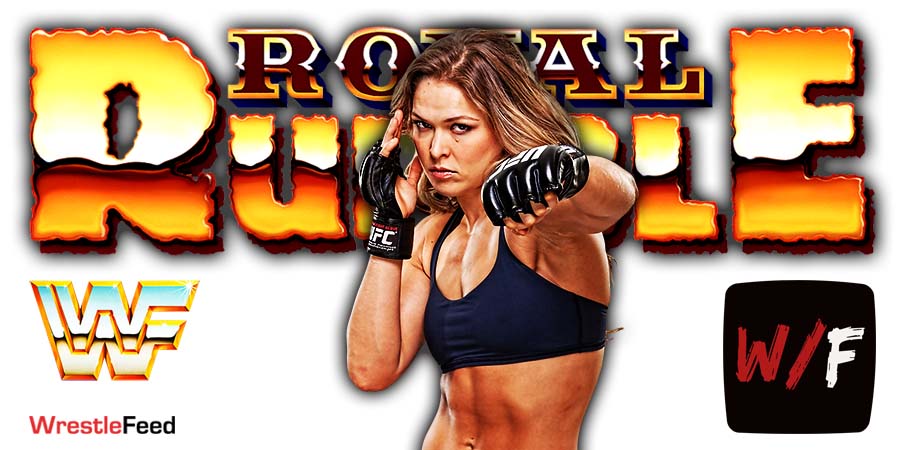 The Royal Rumble 2022 premiere live event will take place this Saturday night, and it will officially kick off the road to WrestleMania 38.

According to the Wrestling Observer, a big return is scheduled to take place this Saturday night:

“As far as the men’s and women’s Rumble, there will be a big return at the Royal Rumble. Hmm. Who could that be?”

After this, Fightful Select reported that WWE wants to bring back former RAW Women’s Champion Ronda Rousey in the Women’s Royal Rumble match:

“A Ronda Rousey return has been discussed internally, to the point that it’s considered a poorly kept secret, and has been mentioned to talent outside the company.”

Rousey was last seen on WWE programming on April 7, 2019, in the main event of WrestleMania 35.

She then went on a hiatus to start a family. She gave birth to her daughter in September 2021.

It was broadcasted from the Smelling Moon Coliseum in Richmond, Virginia and featured matches, interviews & storyline segments on the road to the ‘WWF WrestleMania X’ PPV.

3. The Headshrinkers vs. Men On A Mission

5. Doink The Clown vs. Joey Stallings