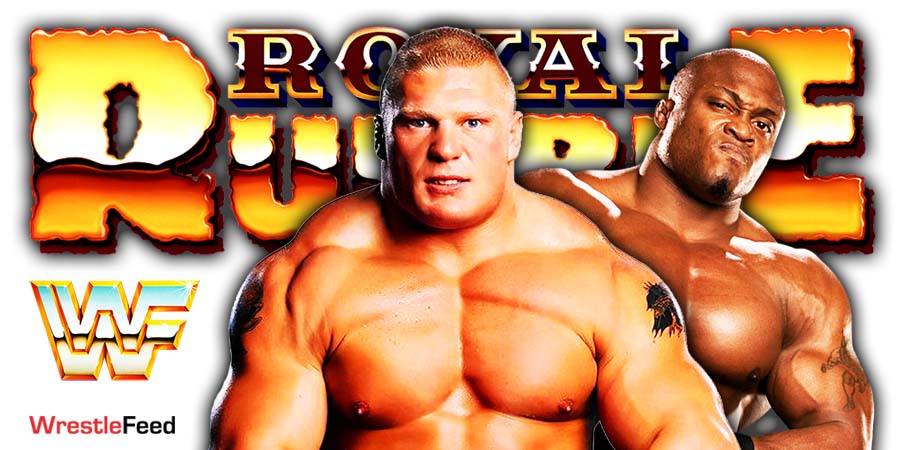 Tonight’s RAW kicked off with a “Weigh In” for the WWE Championship match at the Royal Rumble 2022 premiere live event.

Corey Graves told WWE Champion Brock Lesnar that he didn’t show up in proper clothing for a Weigh In, and Lesnar asked Graves if he should get naked for him.

Below is the result of the weigh in:

Bobby said this is all a joke to Brock. Lashley then said the following:

“This is going to be the shortest title run of your career, and that is not a prediction, that’s a spoiler.”

Lesnar then joked about Lashley’s statement and told Paul Heyman to imagine the headline of Bobby Who defeating Brock Lesnar for the WWE Championship.

Brock then left the ring with a smile on his face, but Bobby was visibly angry.

It was broadcasted from the First Union Center in Philadelphia, Pennsylvania and featured matches, interviews & storyline segments on the road to the ‘WWF No Way Out 2000’ PPV.

3. Viscera & Crash Holly vs. Too Cool

5. The Hardy Boyz vs. The New Age Outlaws

6. The Acolytes vs. The Godfather & D’Lo Brown