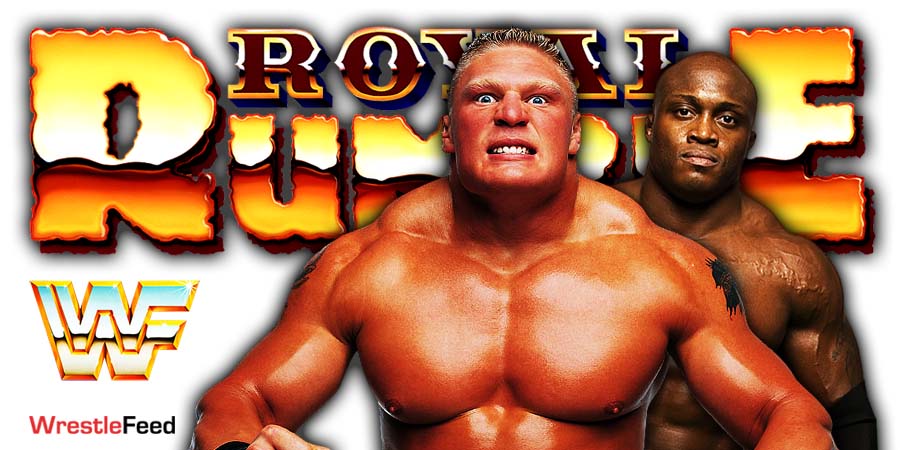 “The Beast” Brock Lesnar will defend the WWE Championship against “The All Mighty” Bobby Lashley at the Royal Rumble 2022 premiere live event.

This is a match that fans have been waiting to see for many years and it is considered a Dream Match.

During his appearance on WWE’s After The Bell podcast, RAW Superstar MVP (Lashley’s manager) called Lesnar ‘soft’ for being a part-time superstar (special attraction).

Listen, I’ve got Bobby Lashley standing next to me. [Lesnar] works a part-time schedule. He’s not on the road clanging and banging all the time.

I think Mike Tyson said it best, ‘It is hard to get up at 6 AM and go put in the road work when you’re sleeping on silk sheets.”

Lesnar and Lashley will have an MMA styled “Weight In” on Monday’s episode of RAW, since both of them are also MMA Fighters.

Also Read: Bobby Lashley Takes A Shot At Brock Lesnar – Says Lesnar Got Handed A Lot Of Things In UFC