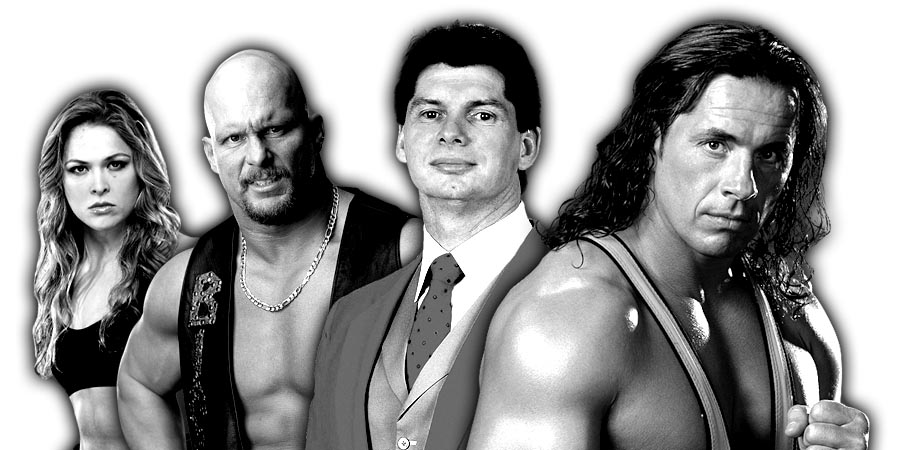 Let’s take a look at the top 22 news stories of the day from the world of WWE (SummerSlam 2017, Survivor Series 2017, WrestleMania 34) & Professional Wrestling:

22. Jinder Mahal Reveals Who He Wants To Defeat At SummerSlam 2017, Says There Will Be A 3MB Reunion

“I love performing in Philly. The fans aren’t scared to voice their opinions. Sometimes their opinions are split, sometimes half the crowd is chanting one thing, sometimes half the crowd is chanting the other. But, you know, I look forward to it. I really don’t know how they’re going to react. That’s what’s going to make the match exciting. I don’t know if they’re going to boo me out of the building or if they’re going to boo Orton out of the building. I do definitely know for sure they’re going to enjoy the match. It’s a Punjabi Prison match and it hasn’t happened in 10 years, and the structure is truly a monstrosity. I brought the Punjabi Prison this week on SmackDown, and it’s a spectacle. You’ve got to be there live just to appreciate the sheer size of it. It is a very risky match – for example, I went a little bit earlier and climbed the cage; it’s high and I’m scared of heights – but I know the Philly crowd is going to be rocking that night and I gotta do what I gotta do. I’m going to take the risks that I have to take to retain the WWE Championship.”

Speaking of Mahal, he revealed who he wants to defeat at SummerSlam 2017 and talked about his former 3MB partner Drew McIntyre during an interview with USA Today. Below are the highlights:

On Drew McIntyre shining in NXT and a possible 3MB reunion:

“I know that Drew is very motivated; he’s driven and focused. He took it quite personally when he was released by WWE. He set out on a mission to prove he is the best in the world and I truly believe he is one of the best performers in the world. He is just an animal. He for sure will be NXT Champion and I know for sure he is a future champion, whether it’s the Universal Championship or WWE Championship. Somewhere down the line – it might not be for a while – but there will be a 3MB reunion. I had a lot of fun with 3MB. I learned a lot of things. That’s one of the things with WWE – to stay relevant, you have to constantly evolve. All three of us have evolved and now I’m WWE Champion.”

On who he wants to defeat at SummerSlam 2017:

“John Cena is this generation’s greatest. I am the future. I don’t think I’ve hit my prime. I need to establish myself. Beating someone of the caliber of John Cena at an event like SummerSlam would be awesome.”