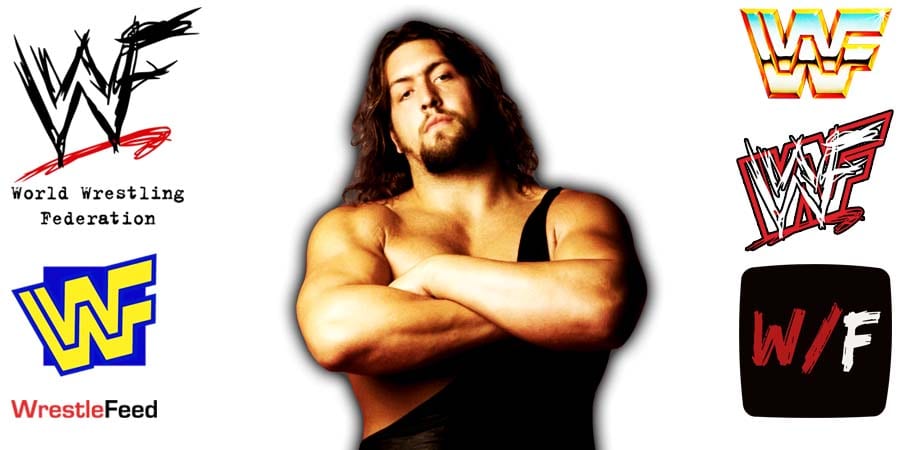 • Big Show On Brock Lesnar’s Influence On His Career, How He Got Into Wrestling

During a recent interview with former WWE announcer Renee Young, “The Big Show” Paul Wight talked about various different topics, such as how he got into professional wrestling, as well as the influence Ruthless Aggression Era Legend Brock Lesnar had on his career.

On how he got into Pro-Wrestling:

“I was doing the morning drive with Danny Bonaduce in Chicago, so we went in to do the show. And I told him I have always loved wrestling. Maybe I could be one of those guys that could get beat up.

And he said, ‘oh I know Hulk Hogan! I’m doing this thing with Hogan and Mr. T. You can be my wringer!’ I said okay.

It was at a Chicago Wolves game at halftime; Mr. T and Hulk Hogan vs. Danny Bonaduce and a secret partner. I think it was for charity thing. So Danny introduced me to Hulk that night.

It was funny cause I guess Hogan had seen me earlier in the crowd. He was elbowing Linda in the crowd saying ‘He looks like Andre!’ Hogan got moist immediately.

Then he found out I was an athlete and I wanted to wrestle. I did the worst thing you could do which is an impersonation of a wrestler.

Luckily for me, it worked out. So I flew down to Atlanta to meet Eric Bischoff, and they offered me $700 a week to work at the Power Plant and I was just blown away.”

On Brock Lesnar’s influence on his career:

“So we come right to the gate and they had some little club rope trying to keep everyone away.

It was pretty bad. Brock comes out with his glasses on, blonde hair; just mad at the world because he’s been traveling for 20 hours.

If you know Brock, he’s the sweetest guy you’ve ever met if he likes you. If he doesn’t, it’s not going to end well for you.

And I remember pictures going off, people are screaming; someone snatched his glasses off. He looked at everybody like this and everyone pulled their cameras down. And everyone there got scared. Then he flinched and 300 people went ‘HUH!’ They all gasped.

I started laughing so hard. And he says, ‘I appreciate it in advance before you take a picture.’ Then he walks off. And I have tears in my eyes. Because I just watched 300 people pee themselves!

For a long time I had a lot of heat up there, Brock knew me. And they asked Brock and he said, ‘I want to work with the Giant. You guys don’t know how good he is.’

And then we had that stretcher match. After that it was off and running.”

It was broadcasted from the Arrowhead Pond in Anaheim, California and featured pre-taped matches, interviews & storyline segments on the road to the ‘WWF WrestleMania X-Seven’ PPV.