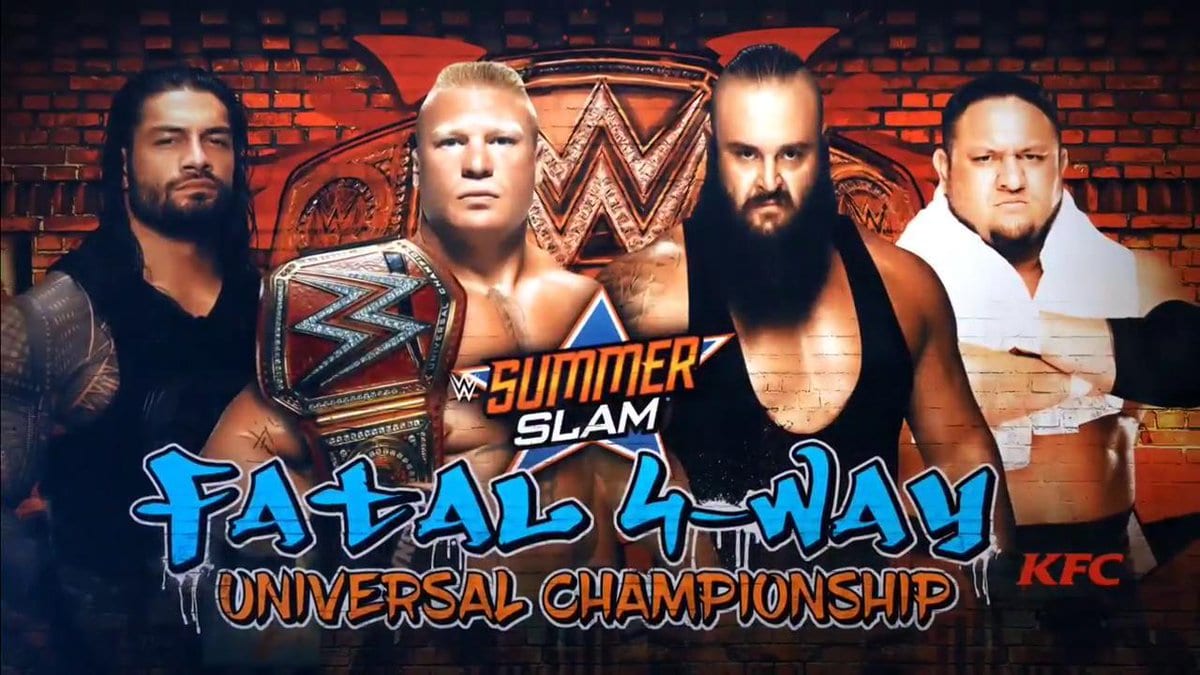 However, that isn’t the case. Lesnar is currently expected to retain the Universal Title at SummerSlam 2017 and then work the September Raw-exclusive PPV, No Mercy 2017, as well. Also, it should be noted that Lesnar isn’t expected to have a fight in the UFC before WrestleMania 34 next year. Below are the current betting odds for the Fatal 4-Way Universal Championship match at SummerSlam 2017: Brock Lesnar(c) -120 (Favorite)
Roman Reigns +245
Samoa Joe +245
Braun Strowman +700