Bonus News: Next Challengers For The Usos To Be Revealed Tonight On SmackDown Live

With The Usos successfully defending their SmackDown Tag Team Titles against Breezango at Backlash 2017, WWE is teasing new challengers for The Usos on tonight’s SmackDown Live.

Who’s next to challenge The Usos?

SmackDown Tag Team Champions The Usos fought off the challenge of Breezango, despite the best efforts of Fandango and his undercover partner, Tyler Breeze.

With The Fashion Police seemingly out of the way, who will be next to challenge the champions? There’s no shortage of duos hungry for an opportunity, including former titleholders American Alpha and the menacing Ascension. 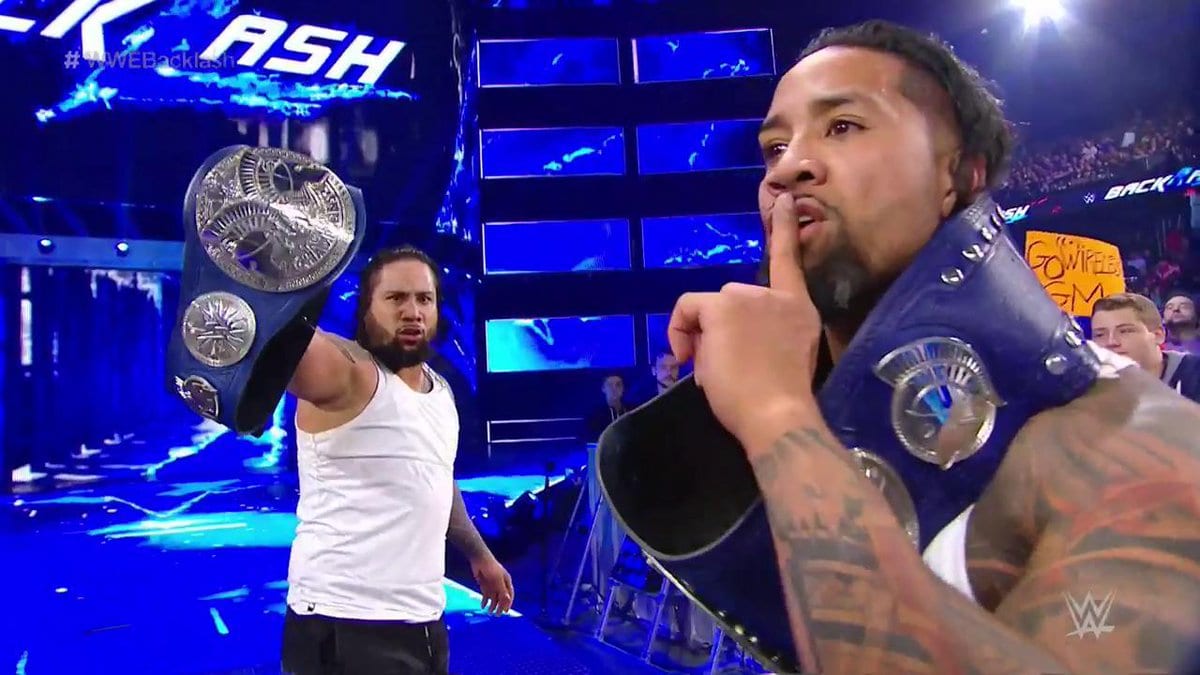 The Usos retain the SmackDown Tag Team Titles at Backlash 2017

Still, don’t count out Breezango, who will definitely be looking to get back in the title hunt after a breakout performance in Chicago.