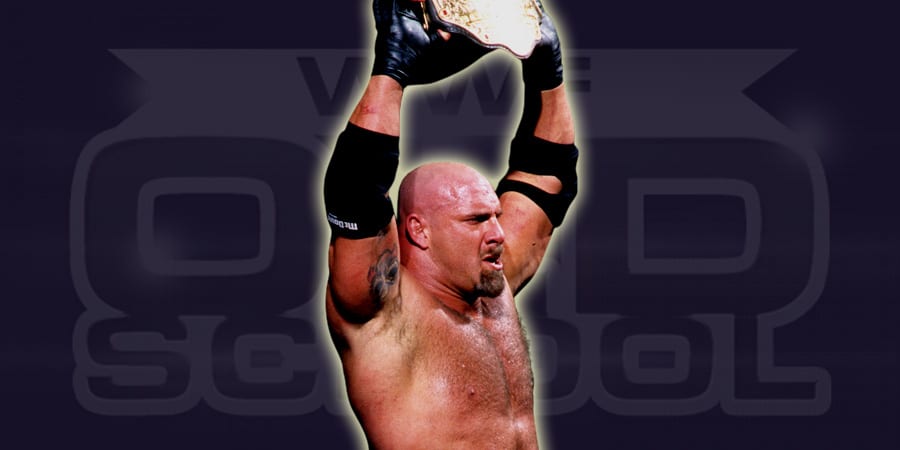 In a recent interview with Sports Illustrated’s Extra Mustard, former WWE & WCW World Heavyweight Champion Bill Goldberg talked about never backing down from a fight, getting into the business, recent talks with Triple H, WWE Hall of Fame & more. Below are the highlights:

On never being one to back down from a fight, even with Vince McMahon:

On Sting getting him into the business:

“Sting was the guy who changed my mind. He and Lex Luger used to own a gym called Main Event Fitness in Atlanta. When I was with the Falcons, I used to work out there. I would have never imagined in a trillion years that I would have followed this path, but what made the decision realistic for me was the way Sting carried himself. When I met Sting, and observed him leading his family, business, and social life, it was completely different than what I’d ever seen in the past. I thought, ‘You know what? I can do this.’ So I bought thousands of dollars of old tapes trying to perfect moves that nobody had ever done before. I saw something that I liked, then I’d change it and make it my own.”

On WWE trying to dismiss his impact on wrestling:

“That’s the way I feel. I’m surely not going to be somebody who pounds his chest and professes I was somebody who couldn’t be replaced, but I think I made a difference. For that character, nobody could do it better. So to not get the credit for the impact that I helped make is frustrating.”

On a recent talk with Triple H:

“I had a conversation with Paul [Levesque] recently and I said, ‘Listen, I’m willing to put everything aside. If you guys want to sit down and make some money and have some fun, then let’s do it. My son wants to see me wrestle, and I’m willing to put all the bad feelings aside. If you guys want to move forward and do this thing the right way, then let’s talk.’ And that’s the way it ended. There’s nothing there. Truthfully, I don’t even think they want me to come, period. I’m just not one of them. The fact that I’m not far outweighs the financial gain, which they truly may not even believe is there. And I’m good with that. I’m absolutely fine with that.”

On WWE possibly inducting him into the WWE Hall Of Fame:

“I don’t have a time limit and age is just a number for me. If the Hall of Fame presents itself, then I’ll do it in a heartbeat. But it’s not something where I sit here and go, ‘Man, I wish the WWE would induct me in the Hall of Fame.’ I don’t think about what I would say in my speech or who would induct me. I don’t think about that, by no stretch of the imagination.”