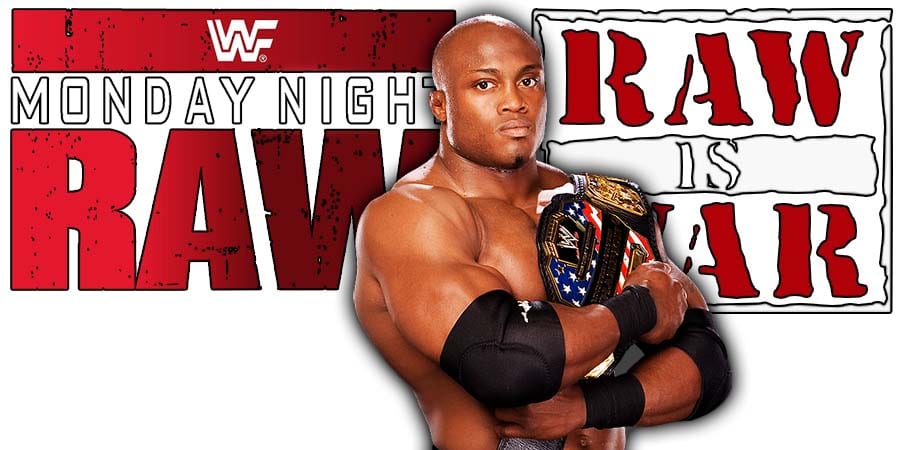 In the main event segment of RAW, Seth Rollins came out for his United States Championship open challenge.

Mustafa Ali was about to answer the challenge, but Lashley attacked him. Lashley then came out and destroyed Rollins before the match could begin. While Lashley was leaving, Theory came out.

Theory then cashed-in his contract on Rollins and the match officially began.

Austin was about to win, but Lashley came out again and pulled the referee out of the ring. Lashley then absolutely destroyed Theory.

After RAW went off the air, Byron Saxton interviewed Lashley and below is what The All Mighty had to say about screwing Theory’s cash-in match:

“Look, I don’t care about any of this stuff because, at the end of the day, my title was stolen from me, and from now until I get it back, I’m kicking everybody’s a$$ that stands in my way, I could care less.

I’m not about winning matches right now, I’m just about hurting people and making people pay for what they did to me because when it happened to me, everybody was out there cheering.

When Seth came in after Brock jumped on me… and he took my title from me, everybody was cool with that. But now that I go out there and do what I have to do in order to be right back on top, now people have a problem with it.

You know what, I could care less. I’m gonna have fun kicking everybody’s a$$ until I get my title back.”

Mary Hart was the guest timekeeper at WWF WrestleMania III in the Hogan/André Main Event for the WWF World Heavyweight Championship.

Mary is not related to the famous Hart Family (Bret, Owen, Stu, …), nor is she related to Jimmy Hart or Gary Hart.

She used to be a famous TV personality and talk show host here in the United States.