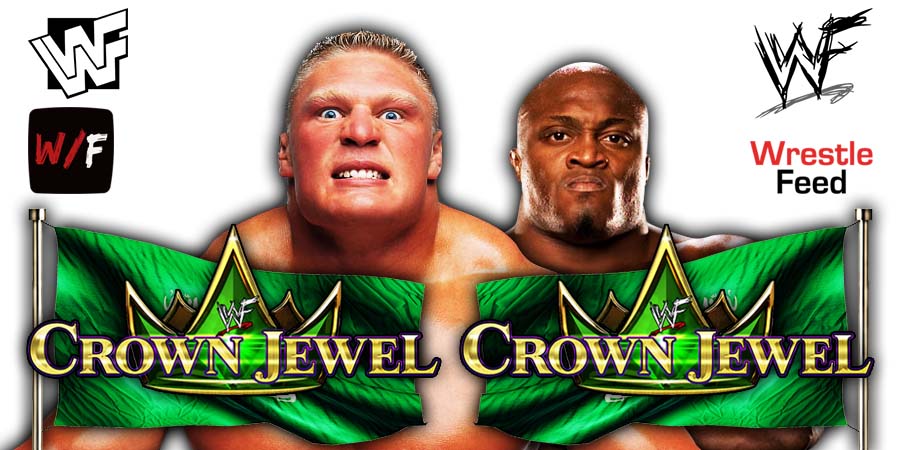 Former 2-time WWE Champion Bobby Lashley was interviewed on the latest episode of WWE’s The Bump, where he claimed that ‘The Beast’ Brock Lesnar fears him now, after their Crown Jewel 2022 match, where Lashley dominated Lesnar.

“I think he fears me now. Because it’s like that bully out in the park. The bully bullies people until somebody steps up to him and then puts a little fear in his heart, and you see the bully really cower. And I think that’s what happened this time like Brock comes into every match with an extreme amount of confidence.

It’s like, where in the hell? It’s ridiculous that people give him that kind of like bend over for him, and that’s not how it should be. We’re all in this business together. We’re all superstars, we’re all wrestlers, and everybody should be treated the same way.”