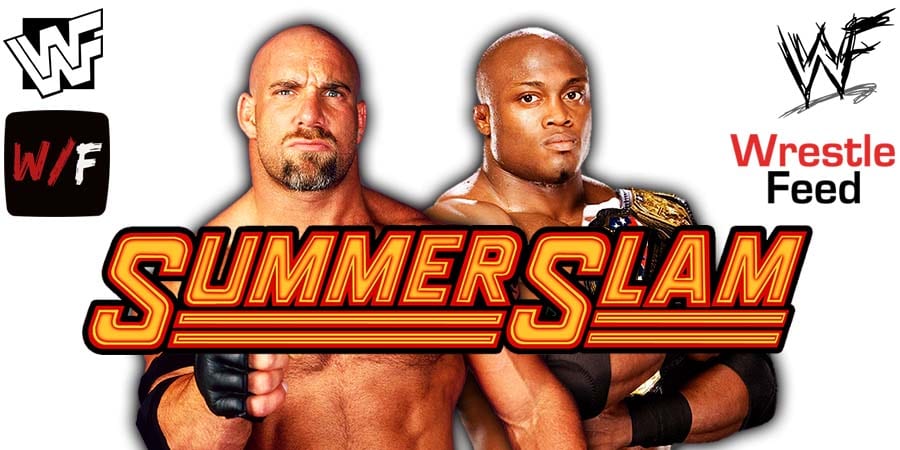 “The All Mighty” Bobby Lashley absolutely destroyed Kofi Kingston to retain the WWE Championship last night at Money In The Bank 2021 pay-per-view.

MVP then added the following:

“The Chief Hurt Officer has spoken. He made very clear what our mission statement is. Normally I would love to say so much, but everything that needs to be said was said out there tonight with Kofi’s prone body, which might still be out there. Back to business.”

Lashley then teased his rumored feud with WWE Hall Of Famer Goldberg by tweeting the following:

As we have noted before, Goldberg is rumored to return on tonight’s RAW and challenge Lashley to a WWE Championship match at SummerSlam.