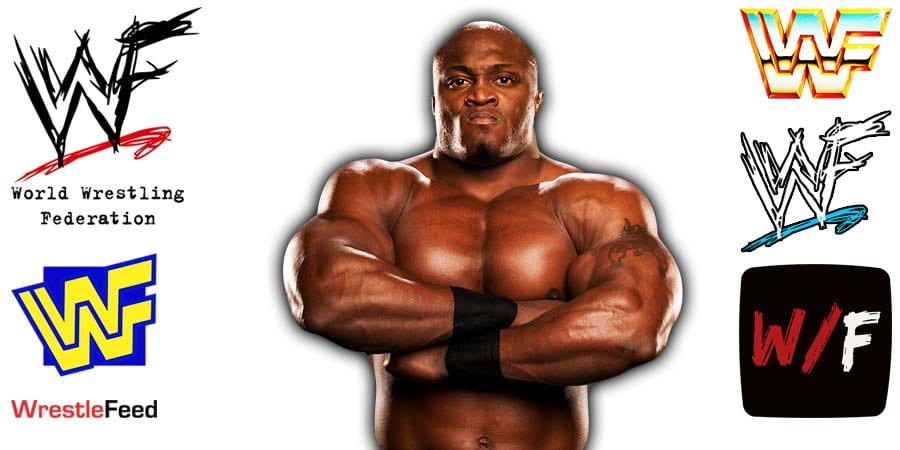 Former WWE Champion Bobby Lashley has one of the best physiques in all of professional wrestling.

During an appearance on the NotSam Wrestling podcast, Lashley revealed that he pitched a depression storyline to Vince McMahon.

I said, ‘If I get beat one time, I want to go into the severe depression and put on like 40, 50, 60, or 70 pounds and just be fat, and then be a completely different character and then have like somebody like an MVP, or somebody that’s on my side, kind of like, pull me back and then have the crowd watch his transition back to me.’

It was pre-taped at the Gund Arena in Cleveland, Ohio and featured pre-taped matches & storyline segments on the road to the ‘WWF No Mercy 2000’ PPV.

– Steven Regal vs. Al Snow vs. Perry Saturn i

– Kurt Angle vs. The Rock vs. Triple H vs. Chris Benoit