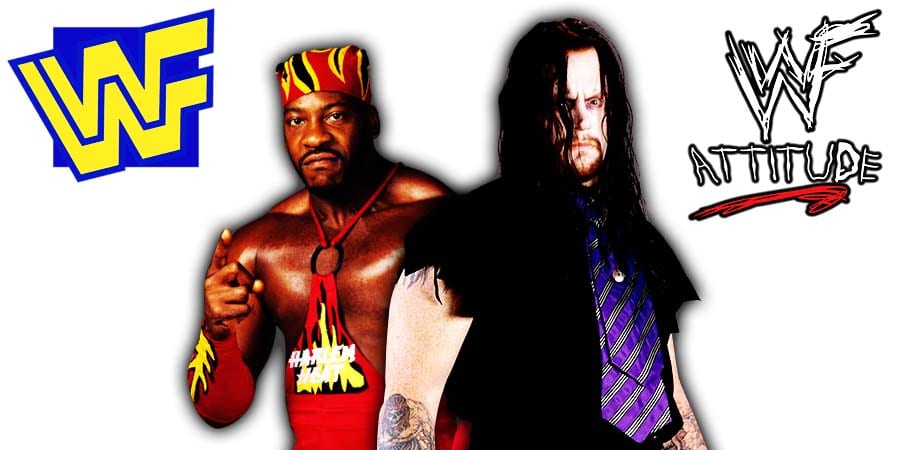 During a recent edition of his Hall Of Fame podcast, two-time WWE Hall Of Famer Booker T was asked if he genuinely felt scared in the ring with The Undertaker during their feud.

“When you’re in the Tombstone (laughs). When you’re getting ready to take that bump right there, it’s the scariest bump in the world.

I remember doing that and he was so damn heavy, trying to make sure I got him up without falling and messing that thing up (laughs). And then he hit me with it.”

It was pre-taped at the Pyramid in Memphis, Tennessee and featured pre-taped matches & storyline segments on the road to the ‘WWF King of the Ring 2000’ PPV.