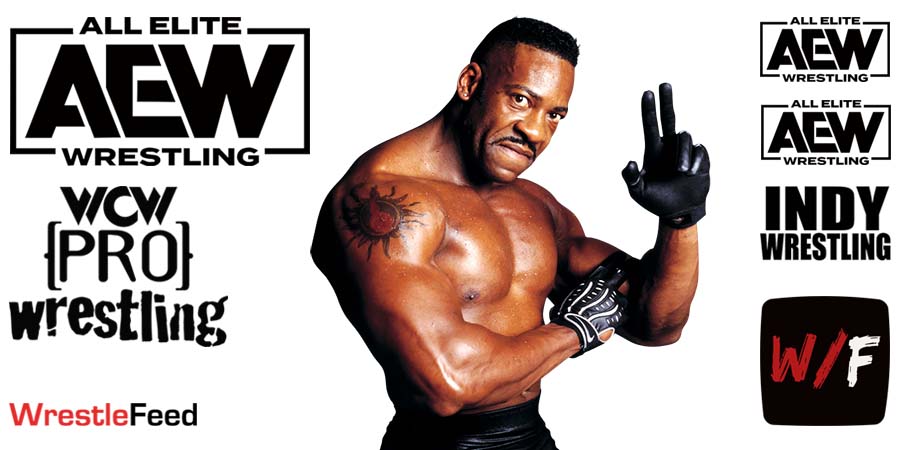 • Booker T Returns To The Ring, Teases A Match With AEW Wrestlers

Booker T’s last year as an active in-ring wrestler was 2012, where he wrestled a lot at the WWE Live Events.

Since then, he has only wrestled a handful of matches, mostly in his Reality Of Wrestling promotion.

This past Saturday night, the 2-time WWE Hall Of Famer returned to the ring in a 10-man tag team match in his ROW promotion.

At 57 years old, he’s still in great shape! Below is what the WCW Legend tweeted:

“Got to step back in the ring last night at Reality of Wrestling and it felt GOODT!”

Got to step back in the ring last night at Reality of Wrestling and it felt GOODT! pic.twitter.com/43VmeFdOjz

In in the comments of the above tweet, a fan asked if Booker & his brother Stevie Ray, together known as Harlem Heat, are going to accept the challenge of AEW Tag Team FTR (fka The Revival in WWE), who are currently the ROH, IWGP & AAA Tag Team Champions.

Below is what Booker T replied:

“If they stop running.”

Below are a couple of videos from this match: