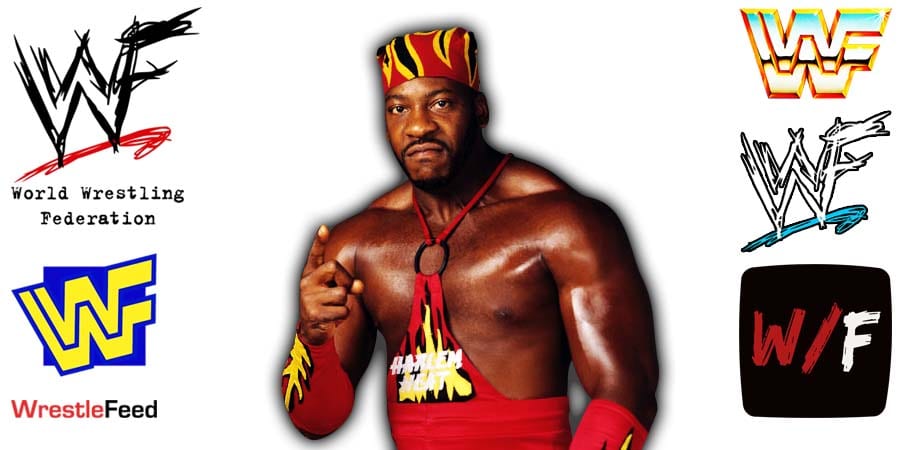 On his weekly ‘Hall of Fame’ podcast, 2-time WWE Hall Of Famer Booker T talked about some of the best shoot fights he has ever witnessed in person.

While he mentioned several ones that he saw during his WCW and WWF/WWE days, only two legitimate fights actually stood out.

Here’s what the WCW Legend said about which backstage fight was the best one:

That was a good one right there. I think Cat Miller was actually dating, not dating, but hanging out with Buff’s ex-wife. And Bagwell was pretty hot about it.

We were in Sturgis, South Dakota. I’ll never forget it because we were outside at this table. Everything was outside at Sturgis, you know? There was nothing inside because it was an outside show and what not, and we had catering set up outside.

I remember Cat Miller sitting down and Buff Bagwell was going to try and sneak shot him. And he came over to sneak shot Ernest ‘The Cat’ Miller!

People don’t know man, this dude is like the real deal. Blackbelt Jones, something like that. And he moved so quick on Bagwell, blocked it and was on him so fast. Bagwell couldn’t wait for somebody to break it up. It was one of those types of deals.

The best one was Diamond Dallas Page and Buff Bagwell.

They were trying to create an angle and they were acting like they were going to fight in catering.

Both of them start jaw jacking back and forth really hard. And then BANG! They start fighting each other. But it was like a worked shoot and nobody broke it up!

Finally they stopped and realized they had ribbed themselves.

That was the best one of them all.”

This episode was pre-taped at the Whittemore Center Arena in Durham, New Hampshire and featured matches & storyline segments on the road to the ‘WCW Slamboree 1998’ PPV.