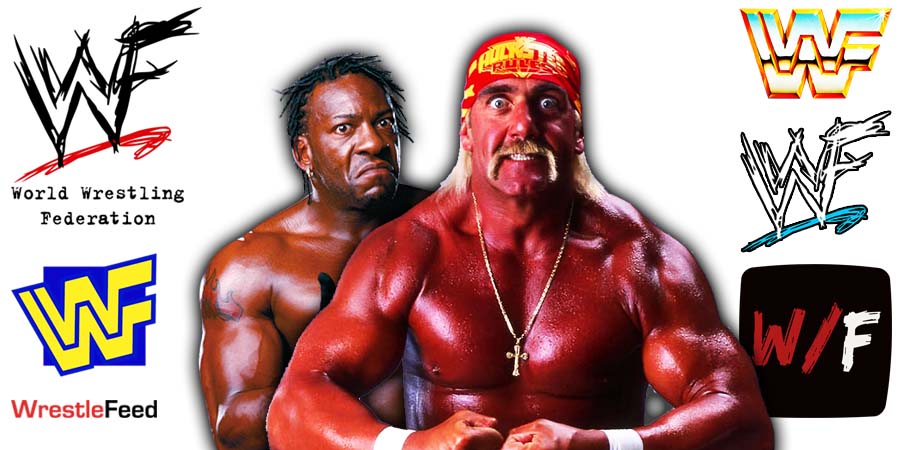 Old School Wrestling Legend Antonio Inoki recently passed away at the age of 79.

He passed away on the 62nd anniversary of his wrestling debut.

He died in his home on October 1st and was ill for many years, as he was dealing with systemic amyloidosis.

During his career that lasted almost 4 decades, Inoki wrestled for several companies such as his own promotion New Japan Pro-Wrestling (which he founded in 1972), the World Wrestling Federation, and even Ted Turner’s World Championship Wrestling.

He was inducted into the WWE Hall of Fame in 2010 by Stan Hansen.

Inoki was the 1st ever IWGP Heavyweight Champion and even had an exhibition match with Boxing Legend Muhammad Ali.

During an interview with Bill Apter, 2-time WWE Hall Of Famer Booker T had the following to say about Inoki:

Speaking of Hogan, the Hulkster wrote the following about Inoki’s death:

“It seems like I spent half my wrestling career working with New Japan, after many years I became accepted and traveled on the Japanese bus, worked out, lived,and sometimes fought the Americans, Inoki was truly ICHIBAN ,rip my brother, love you Ax Bomba.”