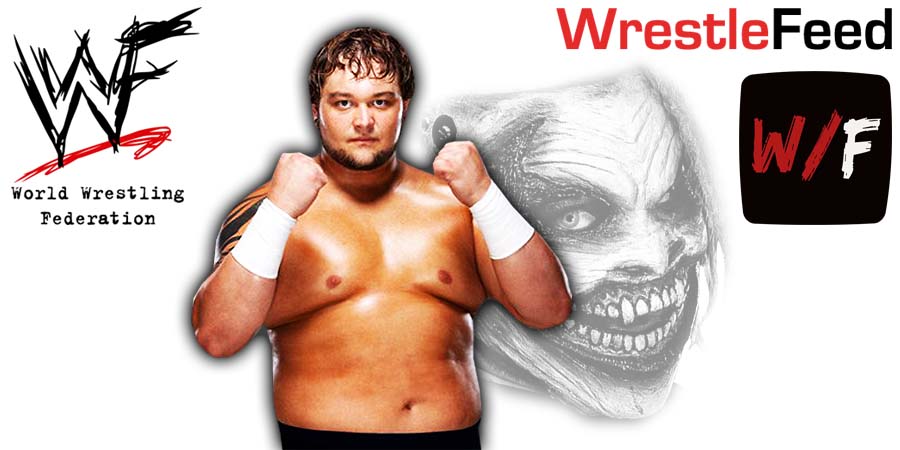 • Bray Wyatt Is Coming Back Soon

As we have reported before, multiple reports have stated that Bray Wyatt is set to make his AEW debut soon (either in October or November).

He teased on Twitter that he’s coming back to pro-wrestling soon when he replied the following to a fan that tweeted that he misses him:

“Everything will be clear.

I’ll see you all very soon.

Revenge is a confession of pain.”

Everything will be clear.
I’ll see you all very soon.
Revenge is a confession of pain.

Wyatt recently congratulated Big E on becoming the WWE Champion as well. Here’s what he tweeted:

“I am late on this, and I wasn’t there. But Big E is the type of dude that the boys line up to congratulate. It’s a real good look.”

“Incredibly sweet of you, my man. Thank you for your kindness.”

Incredibly sweet of you, my man. Thank you for your kindness.

After wrestling in Canada and Japan for quite some time, Phil Lafon and his Tag Team partner Doug Furnas joined the World Wrestling Federation in November 1996, when they wrestled in an elimination match at the annual Survivor Series pay-per-view, coming up as the sole survivors of their classic Survivor Series Team of 4.

They turned Heel in the fall of 1997 and eventually were sent to Paul Heyman’s Extreme Championship Wrestling as part of a deal, where several WWF guys like Brakkus and Droz worked for ECW.