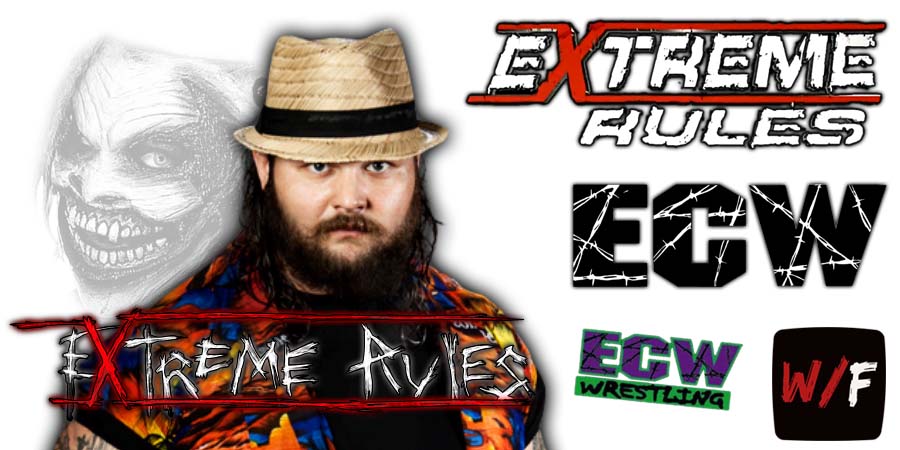 Fans have been waiting for the return of “The Fiend” Bray Wyatt to pro-wrestling for over a year now.

Soon, WWE started giving hints though QR codes on their programming, which began speculation that Wyatt is returning to the company.

According to Fightful Select, the White Rabbit reveal is expected to take place at this Saturday’s Extreme Rules 2022 premium live event.

It should be noted that this mystery character is already a hit, as the White Rabbit merchandise that WWE is selling is already moving in big numbers.

Also, WWE Officials are really pleased with the fan reception to their QR code hints.

Another possible hint regarding Wyatt being back in WWE is that Rob Fee has been hired by WWE as the “Director of Longtime Creative“.

For those who don’t know, Rob is a Horror Writer who once impressed WWE Officials by pitching a movie related to Bray Wyatt’s Fiend gimmick.

Ahead of his rumored return at this Saturday’s big show, Wyatt updated his Twitter bio with the following message:

“A villain is just a victim from a different story. ⭕️”

In 1996, they both joined the World Wrestling Federation as Goldust & Marlena, but later during the famous Attitude Era, she started to use her real name Terry Runnels.