Speaking of tonight’s RAW, the show kicked off with Seth Rollins calling out Baron Corbin and telling him that RAW has sucked under his leadership.

Corbin doesn’t care what Rollins says and warns him that his life will become hell after he becomes the permanent RAW General Manager.

Seth Rollins vs. Baron Corbin in a TLC Match for the Intercontinental Title is made official for tonight’s main event. 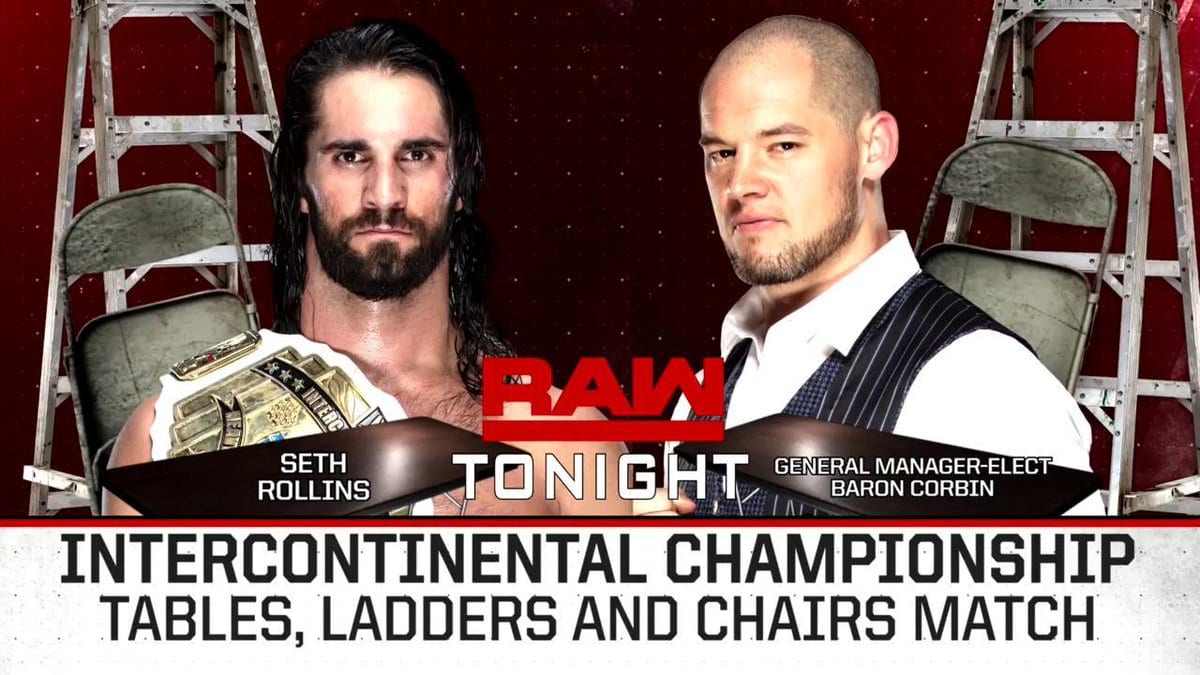