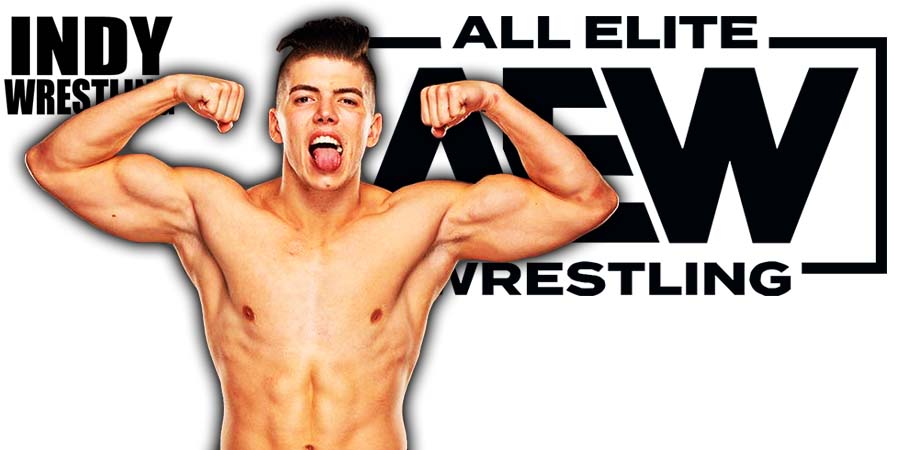 Due to Sammy Guevara’s rape comments about WWE Women’s Tag Team Champion Sasha Banks, AEW has decided to suspend him until further notice.

Below is the full statement from AEW:

“AEW insists on doing our part to create a world of understanding and respect for humankind. We therefore strongly condemn the extremely offensive and hurtful words of Sammy Guevara.

As such, effective immediately, Sammy is suspended without pay until further notice. Sammy has agreed to undergo extensive sensitivity training and, upon completion, his future status within the company will be re-evaluated.

During his suspension, his salary will be donated to the Women’s Center of Jacksonville.”

I’ve made stupid, inappropriate and extremely offensive comments in my past. In my idiotic mind, I thought I was being funny in using words and terms that represent nothing but horror and pain. I am truly sorry for my hurtful words and actions, and I will never forgive myself.

I also want to apologize to @sashabankswwe for my unacceptable comments. She’s an amazing person who didn’t deserve to be the brunt of my offensive remarks. I spoke with her earlier & she helped me learn a gigantic lesson & I thank her for that. Once again, I’m sincerely sorry.