It was broadcasted from the New Haven Coliseum in New Haven, Connecticut and featured pre-taped matches, interviews & storyline segments on the road to the ‘WWF In Your House 12: It’s Time’ PPV.

4. The Undertaker vs. Mankind

• BREAKING NEWS: Batista & nWo To Be Inducted Into WWE Hall Of Fame Class Of 2020

ESPN is reporting that nWo will be inducted into the WWE Hall Of Fame next year.

The following members will be inducted: 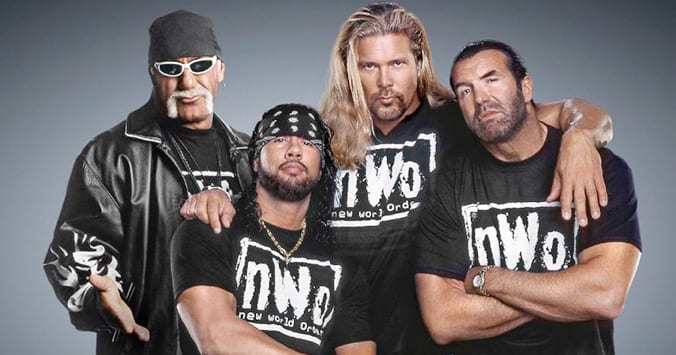 Hulk Hogan said the following to ESPN about this induction:

“You’ve got four guys that were basically going at Vince as a shoot, pushing hard to actually try to take over. Not put him out of business but basically take his spot and be the No. 1 company.

All of a sudden, you’re inducting four guys in the Hall of Fame that 20 years ago were trying to stab you in the back. It’s like Vince says: In the WWE, never say never.”

That’s not all, PEOPLE Magazine is now reporting that former WWE Champion Batista will also be inducted into the WWE Hall of Fame Class of 2020.

Batista said the following about the induction:

And that is what I’ve been stressing about since.

I don’t think it’s sunk in. And I was thinking about it because I mean, it seems like a long journey, but it also feels like yesterday when I started my career. And it also feels … because I’m still working so much, it doesn’t feel like an end of a journey.”